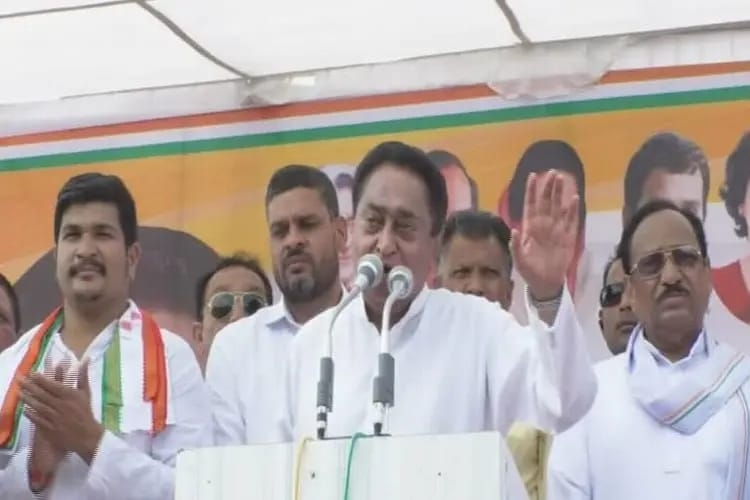 Alirajpur (Madhya Pradesh): Former chief minister Kamal Nath said that people of Jobat were naive, but not foolish. They were wise enough to understand everything. BJP leaders were coming here not to ask for votes, but to distribute money, as they wanted to win elections on the basis of money.

State Congress chief further said that BJP feels that it could form government by buying MLAs. The people formed the Congress government after 15 years as Shivraj government took state years back. The state was No 1 in terms of farmer suicides, women atrocities and corruption. But BJP bought MLAs and formed government in an undemocratic way. He asked people of Jobat assembly to give a message to BJP by ensuring victory of Congress candidate.