The eye-witness of the incident the residents of the area said that in the incident a woman going on a two-wheeler along with another woman collided with a man on another two-wheeler on a road in front of Neelakash School on Thursday night.
ARSH RAFIK VISAAL 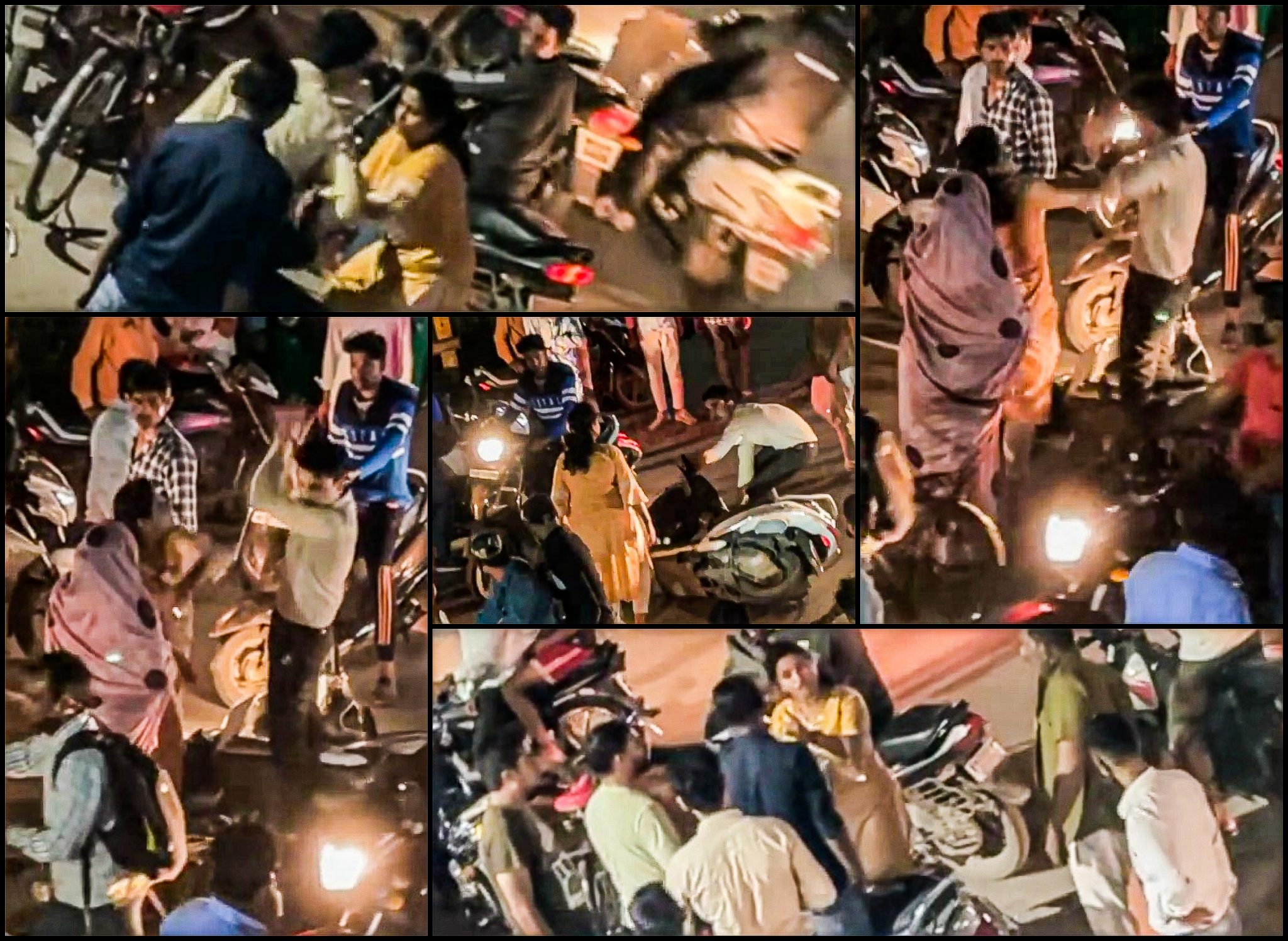 Indore (Madhya Pradesh): Do you remember, Priyadarshini of Lucknow who has assaulted a cab driver in the middle of the road and the incident video went viral. The same incident happened in the Indore’s Scheme No 51 on Thursday night.

The eye-witness of the incident the residents of the area said that in the incident a woman going on a two-wheeler along with another woman collided with a man on another two-wheeler on a road in front of Neelakash School on Thursday night.

After the accident, the woman started slapping the man. She has reportedly slapped him four times.

Mishra also said that the man was telling the woman ‘Please don’t hit me’, but still the woman was beating him.

Another person of the area, demanding anonymity said that the man was coming from the main road side and the woman was coming from colony side. She was driving the vehicle in very speed and because of her speed she did not able to control her vehicle and banged in the man’s vehicle.

Auto drivers who were present at the time of incident said that after the collision the woman stood up and while the man was picking the vehicle she started arguing and started slapping and abusing him.

When the people at the place intervened in the matter she allegedly started abusing the crowd.

The video of the incident went viral in which the woman is seen slapping and attacking the man whereas the man can be seen defending himself.

In the video, when the man parked the vehicle aside after being assaulted by the woman. The woman also tried to snatch the bag of the man and then she started chasing behind him by walking in aggressive posture but somehow people there saved the man from woman.

Another resident of the area said that the man also asked the woman to pay all the damage happened in her vehicle or else made the repair work done but the woman got uncontrolled and was trying to attack the man only.

Even the incident’s video went viral over the internet but no case was reported to the police. Aerodrome Police in-charge said, “Police have no information regarding such incident.”