Madhya Pradesh: Five arrested for murder of goldsmith in Sanawad, three accused still on the run

On December 12 late in the evening, two unidentified bike-borne miscreants shot dead Sheikh Ibadullah, 38, when he was on his way to his home.
FP News Service

Sanawad (Madhya Pradesh): Sanawad police on Monday arrested five accused of the murder of a goldsmith.

Khargone superintendent of police Siddharth Choudhary told media here at Sanawad that the search for three more accused is still on.

On December 12 late in the evening, two unidentified bike-borne miscreants shot dead Sheikh Ibadullah, 38, when he was on his way to his home. His fellows and kin claimed that the accused took away a bag containing gold weighing more than 1.5 kilograms from the victim.

As per claims, it is the biggest robbery reported in Sanawad town to date, locals claimed.

Police said that the gold which was robbed from Ibadullah is yet to be recovered.

After the murder, there was pressure on local police to crack the case at the earliest. The local traders in the town were in panic since the shooting incident.

Choudhary constituted six-special teams and based on informers' feedback and CCTV footage, suspects were detained from the town. While scanning CCTV footage police spotted Kadir Shiekh among others and detained them for interrogation.

During the interrogation, they told police that a Bengali artisan who worked at the shop of the deceased tipped Alim Patel about the quantity of gold.

He told Alim about how Ibadullah carries this gold on his scooty to home alone and how they can make a huge sum from a single robbery.

Patel included Qadir, Zahid, Saddam, and Jigar in the gang to carry out the incident. Each of them was assigned different tasks such as conducting a recce of Ibasdullah, sourcing weapons and to track the routes of Ibadullahq's movement.

The gang members set out to carry out their plan on December 12. On the fateful day Alim Patel and his jail mates shot at Ibadullahq and fled with a bag containing gold jewellery.

The interrogation had revealed crucial information about the main accused and his accomplices. The remaining accused will also be arrested soon, Choudhary said. 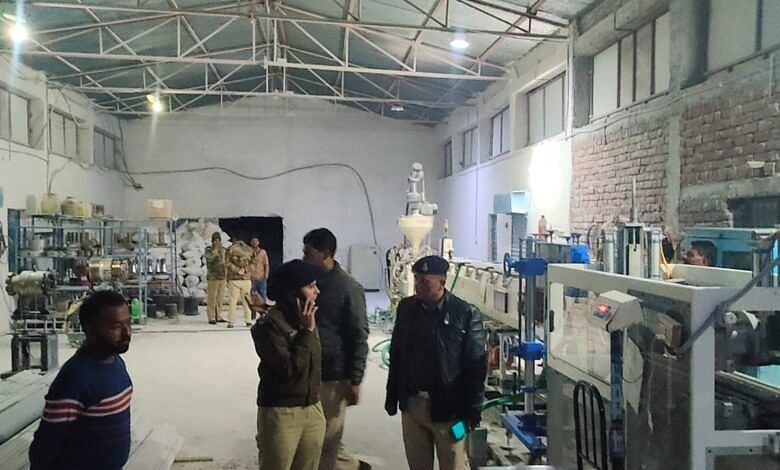