Aggrieved by lack of basic facilities.

Alot (Madhya Pradesh): Scores of residents from Pancham Vihar Colony in Alot gave a poll boycott call following the lack of basic facilities in their locality. On Wednesday around 10 am, many of the locals put banners and posters on their residences with poll boycott call slogans.

Meanwhile, administrative officials reached the locality and removed all the banners and posters. A few hours later, locals once again did the same and this time they took out the protest rally carrying the placards. They staged a protest at the colony's main gate.

Notably, the voting for Alot municipal council is scheduled to be held on July 6. In such a situation, the people of ward number 1 here have started protesting by saying that they should boycott the elections.

Pancham Vihar Colony is located in Ward 1 and voters here are coming out on the streets and expressing their anger against the public representatives.

As soon as party candidates came to know about the protest, they rushed to the spot and attempted to please the voters. During this, an Independent candidate Vinod Mali and former councillor Nandanraj Jain entered into an argument while the residents asked the candidates not to politicise the issue. The protest continued for more than an hour and while talking to the media persons, locals shared their problems about cleanliness, street lights and others.

They claimed that they are not getting any of the facilities and have lodged complaints with the SDM, CMO to the senior officials sitting in Ratlam district headquarters, but all their complaints have fallen on deaf ears. Failing to get any response, we decided not to vote, locals said.

After about one hour of protest, naib tehsildar Mukesh Soni along with Alot police station in-charge BL Bhabhar reached the spot and talked to the residents and assured them to solve the problem soon and by taking prompt action on the issue of water cleaning and prohibition of heavy vehicles.

A delegation of the residents met SDM Manisha Vaskale and informed the officer about all the problems. The SDM immediately ordered the CMO to make arrangements for cleanliness and lighting in the colony, after which the residents of the colony ended their protest.

Pancham Vihar Colony has not yet been handed over to the Municipal Council, due to which the council has not been able to provide facilities there. The residents of the colony have also lodged an FIR against the coloniser for the problems. But no action has been taken on that also. 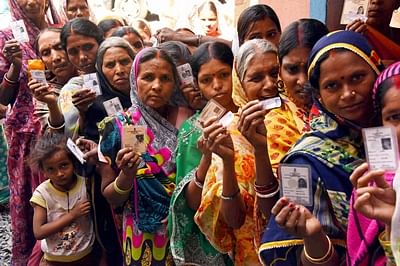