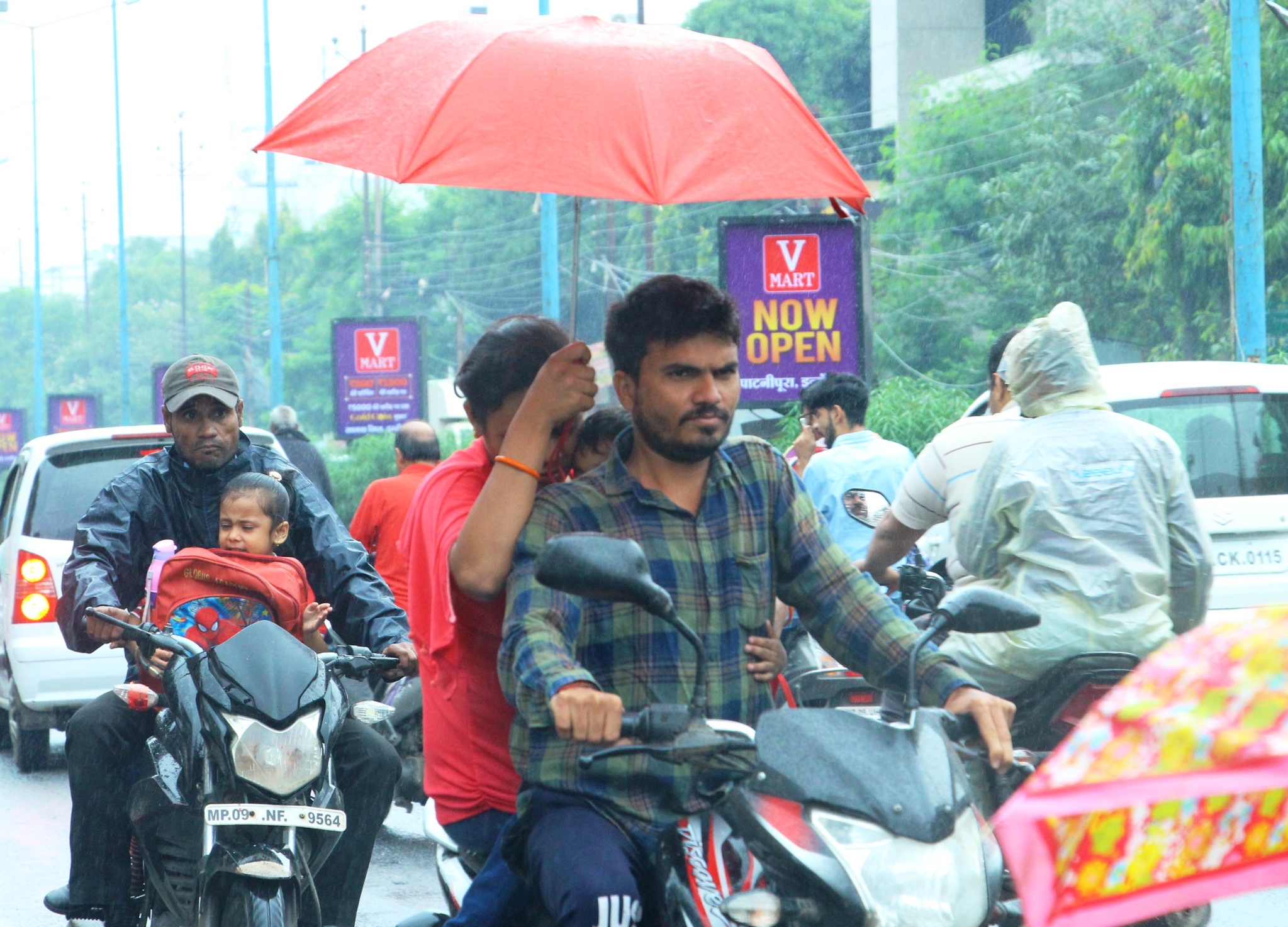 The rain coupled with cold winds pulled down the maximum temperature, which went 9 degrees below normal. Officials of regional meteorological department said weather conditions will remain same for next few days and the city will witness dense fog after few days.

The residents woke up to cloudy and misty weather on Wednesday morning. Light rain occurred intermittently throughout the day confusing residents whether to put on raincoat or sweater or both.

“Well marked low pressure area lies over east-central Arabian Sea and neighbourhood with the associated cyclonic circulation extending up to 4.5 kms above mean sea level. It is very likely to concentrate into a depression during next 12 hours and into a cyclonic storm during subsequent 48 hours. It is likely to move north-east over east-central Arabian Sea till October 25 and then to north-west with gradual intensification,” a department official said.

“Humidity level on Wednesday morning was recorded at 80 per cent while the level in evening was 79 per cent. The rise in humidity with calmer winds would create conditions of fog after the sky gets clear,” the weathermen said.