Section 15(4) of the Madhya Pradesh Vishwavidyalaya Adhiniyam 1973 gives special power to the vice-chancellor to take decisions in emergent situations.

Section 15(4) of the Madhya Pradesh Vishwavidyalaya Adhiniyam 1973 gives special power to the vice-chancellor to take decisions in emergent situations.

The VC used Section 15(4) on April 5, a day before registrations for CUET started, but information about it came to the fore on Thursday.

DAVV had initially planned for admission through CET and subsequently sent a letter to NTA asking it to hold the exam on its behalf.

However, NTA suggested DAVV to opt for CUET-2022 scores for admissions at UG and PG levels.

In a meeting held on April 5, all the directors /HoDs of various UTDs gave their consent to accept scores of CUET-2022 for admission in various UG and PG programs this year.

The emergent situation had arisen as registrations for CUET were starting on April 6 and executive council meeting was not scheduled at that time, so the VC used Section 15(4). However, the window for DAVV's registration in CUET started about a week later.

The VC used Section 15(4) as heads of teaching departments recommended accepting a proposal by NTA to participate in CUET for admissions in UG and PG courses.

If in the opinion of the VC any emergency has arisen which requires immediate action to be taken, the VC shall take such actions as he deems necessary and shall at the earliest opportunity thereafter report his action to such officer, authority, committee or other body as would have in the ordinary course dealt with the matter.

The VC is going to take approval from the EC in a meeting scheduled on Friday.

After many years, Section 15(4) used in any policy matter

For routine approvals, the VC sometimes uses Section 15(4). But for any major policy-related decision, Section 15(4) was used after a gap of 11 years. In 2011, the then vice-chancellor Prof Rajkamal had used Section 15(4) for giving away affiliation to 48 colleges as the list of affiliated colleges were to be sent to Department of Higher Education for participation in centralized online counselling.

In 2008, the then vice-chancellor Bhagirath Prasad had also used Section 15(4) for appointing Prof Sudhakar Bharati as emeritus professor at School of Pharmacy after his retirement. However, Bharati did not accept the position following controversy.

Former vice-chancellor Mahendra Singh Sodha was known for frequently using 15(4). The executive council would always approve all decisions taken by Sodha under Section 15(4) as he had an image of an 'institution builder' 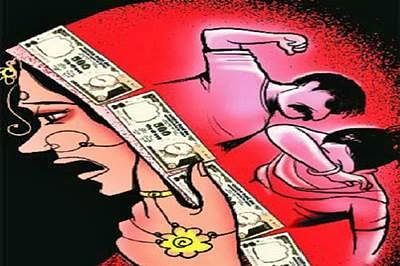