Indore: Three sitting in elevator fall into well, one dies

Indore (Madhya Pradesh): A 24-year-old youth was killed while his two co-workers were injured critically after they fell into a well while deepening work there in the Khudel area on Saturday. They were taking out excavated debris when the elevator rope broke and they fell into the well.

According to Kampel police chowki-in-charge Satyendra Singh Sisodiya, the incident took place in Tillore Khurd village around 3.30 pm. Rohit Mohan, 24, a resident of Kaparkheda village in Manpur, Ajay of the same village and Mahaveer of Rajasthan were working at the well.

They were deepening the well and were taking excavated debris out of the well when they fell into the well after the rope of elevator broke and they fell about 100 feet deep into the well. With the help of the SDERF and police, they were rescued and were sent to hospital, but Rohit could not be saved. The condition of the other two is said to be out of danger.

The police are investigating the case to know the exact circumstances of the incident. Action will be taken against the person concerned for negligence, the police said. 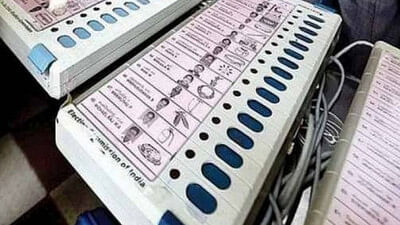 HomeIndoreIndore: Three sitting in elevator fall into well, one dies