One approved with a majority vote, another rejected

Indore (Madhya Pradesh): Barring two resolutions of which one was approved with a majority vote and another was rejected, Indore Municipal Corporation (IMC)’s council on Tuesday passed all MiC resolutions unanimously, including that of Indore Community Camera (Surveillance) By-laws 2022, the release of green bond for raising Rs 305 crore for setting up a solar plant at Jalud pumping station and giving away Hukumchand Mill land to MPIDC for IT Park so that mill workers can get their pending dues.

He said that Indore will be the second city after Hyderabad to have CCTVs installed across the city for surveillance.

However, he added, Indore will be the first city in the country to have CCTVs installed through public participation.

“We have identified around 12,000 such locations where mostly poor people live and they can’t install CCTVs at their own expense. IMC will install CCTVs on those locations,” he stated.

The mayor stated that he was confident that the High Court will accept IMC’s proposal on Hukumchand Mill land which will lead to workers getting their pending dues and laying of the foundation stone for IT Park on mill land within one year.

The resolution of constructing a service road on the bypass was passed with a majority vote as the opposition opposed it.

Congress corporator Yashasvi Patel objected to the resolution saying Indore’s tax-payers money should not be spent on the NHAI project. She added that IMC should not construct the road beyond its limit which is till SAGE. MiC member Rajendra Rathore stated that they were constructing the road as it was damaged due to water pipeline laying work between Rau Circle and DPS. Leader of Opposition, Chintu Choukse alleged that he sees corruption in the matter as the road contractor, who is recovering toll tax, will be the beneficiary of the service road project.

The council rejected Subhash Chowk multi-level parking rates resolution noting that poor people, who work in shops around Rajwada, can’t pay high charges. Both the BJP and Congress corporators opposed the resolution after which Speaker Munnalal Yadav sent it back to MiC for reconsideration.

While replying to BJP corporator Suresh Kurware's allegations of step-motherly treatment with 29 villages included in IMC limits, the mayor said that they are making a special cell which will focus on the development of 29 villages as it’s going to be New Indore. He stated that the budget for facilities of 29 villages is Rs 400 crore which will be doubled. He included Bijalpur in the 30 villages in the list of his plan.

-Chintu Choukse raises the issue of wrong building maps and seeks action against three sub-engineering in building permission cell. The mayor replies no wrong map has been issued. If proof is furnished action will be taken.

-Rubina Khan alleges that Zone 10 building inspector given too much work. He did not get time to conduct spot inspection to identify encroachments in her ward despite orders for the same by Municipal Commissioner Pratibha Pal three months ago.

-MiC member Abhishek Sharma says that plans are afoot to provide treated water to people. Applications will be accepted through 311 Aap and water will be provided to people through tankers of an agency.

- The mayor says zero tolerance on garbage issue. If we are 98% on cleanliness, will go to achieve 100% target, he says.

-Congress corporator Fauzia Sheikh Alim and some other Cong corporators protested as question hour ended without taking her question. After the lunch break, the Speaker allowed question hour for 15 more minutes.

- Alim asks a question on stray dogs; Shukla replies that two companies are doing sterilization work. He informs the House that since 2014, Rs 13 crore have been spent on such sterilization. One serialization costs Rs 925, he says.

- The mayor informs that they are going to hire an agency which will do household chamber cleaning work on charges fixed by IMC. A penalty clause will be there that will be invoked if the agency employees are not able to give service in the stipulated time, he adds.

- The mayor says the city has been horizontally divided into two parts East and West. Separate master plans for both parts are in the making.

- The mayor says the present council will surely win the minds and hearts of the people. 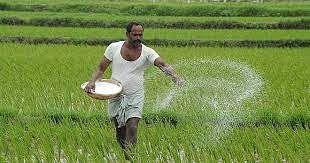