Chandrashekhar Sehariya, resident of Malviya Nagar, was admitted to hospital on Friday night in an unconscious state.
Staff Reporter 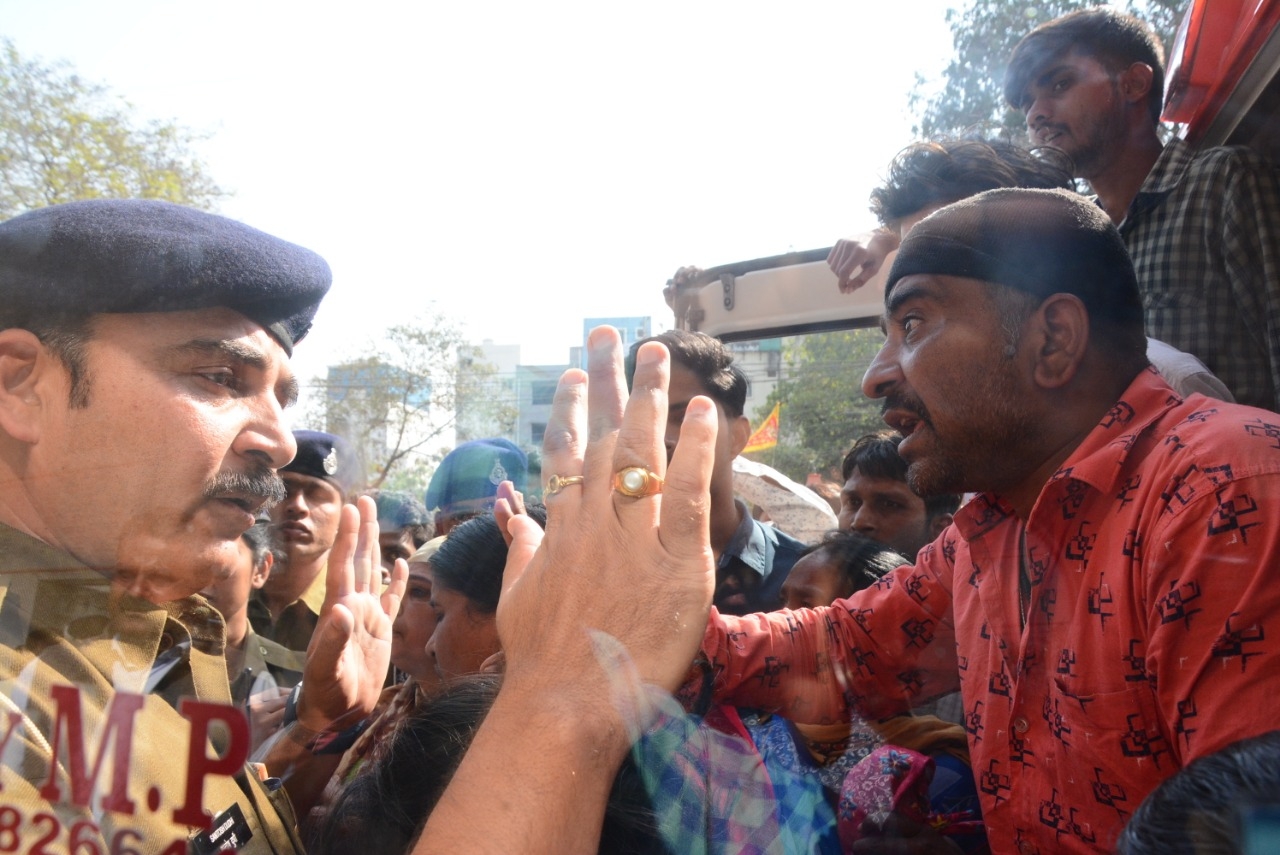 Indore: The family members of a 20-year-old boy created ruckus in Medanta Hospital alleging that hospital had declared the patient dead when he was alive. Charging hospital management with medical negligence and fleecing money, the family members ransacked the emergency unit of the hospital. Later, the patient was taken to Bombay Hospital where he was declared brought dead.

Police had to intervene in the matter and the main entrance of Medanta Hospital remained locked for four hours, that is, from 12 noon to 4 pm, as the enraged relatives of the boy staged demonstration against hospital administration. Later, police sent the body for post mortem and registered a case.

Chandrashekhar Sehariya, resident of Malviya Nagar, was admitted to hospital on Friday night in an unconscious state. “He was suffering from kidney ailments and was admitted to the hospital in an unconscious state. Doctors didn’t give proper treatment to patient and kept him on ventilator. On Sunday morning, doctors declared him dead and told us to take him home,” Ramnarayan, uncle of the deceased, said.

According to Ramnarayan, Chandrashekhar’s body showed movements and he even called his mother twice in the ambulance in which they were taking him home. “We had made preparations for last rites but were surprised after seeing his body move a little. We reached hospital again but no doctor was available in the emergency unit for more than half-an-hour. As a result, we took the patient to Bombay Hospital where he was declared brought dead,” Ramnarayan added.

The family members brought the body of Chandrashekhar to Medanta hospital again and staged demonstration there.

Medanta Hospital director (medical) Dr Sandeep Shrivastava said the patient was suffering from nephrological ailments for a long time and he was admitted to hospital in a critical condition.

“We had informed the family members about the severity and complications involved. He was not discharged. Family took him home with Leave Against Medical Advice. The patient was brain dead and was in coma. Allegations of him uttering mother’s name and body movement are baseless,” Shrivastava said.

The medical director also rubbished the claim that hospital took Rs 1.5 lakh from the family and claimed that the total bill was of Rs 45,000. As the patient was insured, hospital refunded Rs 5,000 to them. Hospital administration also claimed that family members attacked hospital staff and pushed a pregnant nurse, which is a criminal offence.

Additional Superintendent of Police Rajesh Raghuvanshi said police have taken statement of family members and sent the body for autopsy. “The matter is under investigation and charges will be fixed after autopsy report,” he added.