Days after the Haryana Police lathi-charged protesting farmers near the Bastar toll plaza, Chief Minister Chief Minister Manohar Lal Khattar appears to defend their actions on Monday. Farmers had gathered in large numbers to protest against a program that he had been slated to attend. Khattar however censured an IAS officer's now infamous suggestion to "crack their heads".

As the somewhat violent altercation occurred last week, a video clip went viral on social media, sparking instant outrage and backlash. The clip was shared widely by numerous high profile personalities including BJP MP from Pilibhit Varun Gandhi. In it, Karnal SDM Ayush Sinha can be seen giving instructions to the policemen about how to stave off the protesting farmers and not allow anyone to breach the security cordon. "Break the heads of all those who try to cross," he advises the police, insisting that the barricade must not be breached at any cost.

"I am the duty magistrate, and I'm giving you these instructions in writing. Hit them with your cane straightaway...We have enough force available. We haven't slept for the past two days. But you have come here after taking some sleep. No one should break the cordon and reach me," Sinha can be heard saying in the video.

Needless to say, the clip has provoked massive outrage both online and offline. Deputy Chief Minister Dushyant Chautala had on Sunday assured that action will be taken against the IAS officer. "Stone pelting had started at many places... It was said during the briefing to use force proportionately," Sinha had attempted to clarify later. 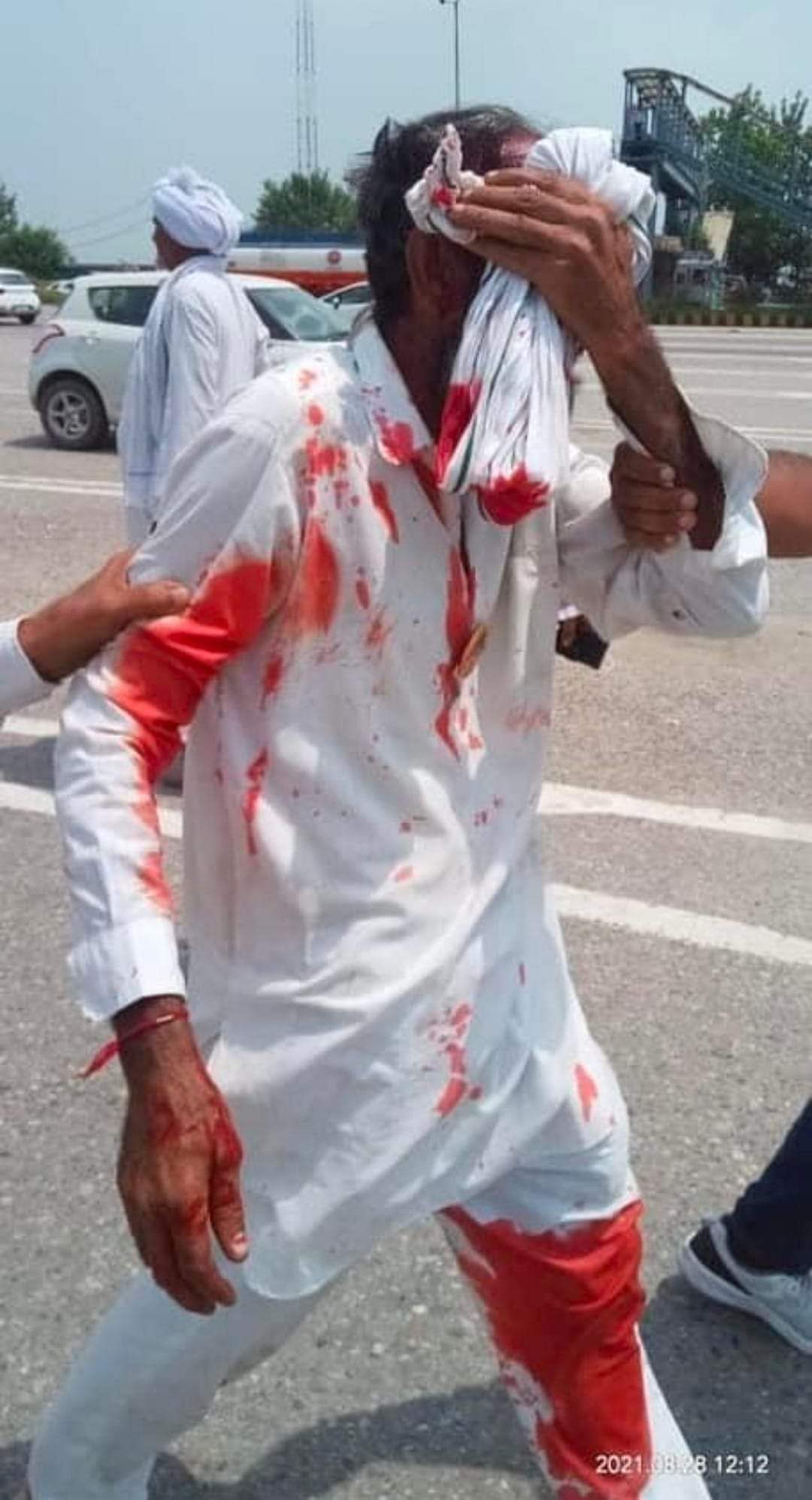 According to an NDTV report, while Khattar appears to agree that the officer's "choice of words was not correct" it was also necessary to strictly maintain law and order. It is not yet clear whether any action will be taken against the IAS official.

"If any action has to be taken, it would first have to be assessed by the district administration. The Director General of Police is also looking into it. To maintain law and order, strictness had to be ensured," he added.