Why was Cyrus Mistry removed as Tata Sons chairman? Everything about Mistry-Tata's bitter legal battle

Cyrus was the son of billionaire late Pallonji Mistry, 91, who controlled the 155-year-old SP Group and whose net worth is almost $27 billion

Former Chairman of Tata Sons Cyrus Pallonji Mistry was on Sunday killed in a road accident near Mumbai. He was an Irish businessman of Indian origin and was the chairman of the Tata group from 2012 to 2016.

Engaged in a bitter court battle with the Tata group, he was also the biggest single shareholder of the Tata group with 18.4% stake in Tata Sons through his company Cyrus Investments Pvt. Ltd.

On his 75th birthday in December 2012, Ratan Tata stepped down as the CEO of the company and offered the position to Cyrus Mistry. Four years later, an epic and sudden decision made by Tata himself and the board of directors shook the entire company after Mistry was removed as the Chairperson of Tata Sons.

The move that shook the entire business world was claimed to be made after Tata's disappointment with the way Cyrus Mistry handled the operation of the company.

The Tata Sons Board voted to remove Mistry from the Chairmanship on 24 October 2016.

The board had nine members, including Tata and Mistry. Six of them are said to have voted for removing Mistry and two abstained.

The legal battle between the two started after Mistry filed a case in the National Company Law Tribunal (NCLT) against Tata Sons under various heads of the Companies act of 2012. In his petition, he claimed that the company is oppressing the interest of small stakeholders.

Mistry had alleged oppression of minority shareholders and cited his removal as an instance.

Unfortunately, the NCLT ruled in favour of the Tatas.

Cyrus Mistry went on to challenge the rulings in the NCLAT (National Company Law Appellate Tribunal). The NCLAT hearings, this time, were in favour of Mistry.

In December 2019, the National Company Law Appellate Tribunal reinstated Mistry as the Chairperson for Tata Sons for his remaining term, and declared that the appointment of TCS CEO Natarajan Chandrasekaran as executive chairman of Tata Sons was illegal.

In 2020 Tata Sons and Ratan Tata challenge the NCLAT decision before the Supreme Court.

SC rules in favour of the Tatas:

Setting aside the NCLAT's decision, the top court said that all the laws were in favour of the Tata Group. “We cannot adjudicate on the question of compensation and they can take the route under Article 75. Order of NCLAT is set aside. Appeal by TATA group is upheld. Appeal by SP group is dismissed. Appeal by Cyrus Investments is dismissed,” said Chief Justice of India SA Bobde during the order as per legal news platform Bar & Bench.

The judgement was pronounced by CJI Bobde, Justice AS Bopanna and Justice V Subramanian.

Reacting to the judgment by the apex court, former Tata Sons Chairman Ratan Tata said: "We would like to express our grateful appreciation of the judgment passed and upheld by the Supreme Court today. It reinforces the value systems and ethics of our judiciary.”

The court was hearing arguments on the review petition by Mistry against its judgment of March 2021 that ruled in favour of the Tatas by setting aside the order of the National Company Law Appellate Tribunal (NCLAT), which allowed the reinstatement of Mistry as chairman of Tata Sons and as a director on the board.

The apex court had supported the removal of Mistry from the board. Rejecting the case, the top court said business decisions gone wrong could not be viewed as prejudice against minority shareholders.

In its decision, the apex court said that Cyrus Mistry's removal as executive chairman of Tata Group was justified observing that as “a person who tries to set his own house on fire for not getting what he perceives as legitimately due to him, does not deserve to continue as part of any decision making body”.

The Supreme Court in its final decision on May 2022, dismissed the review petitions filed by Mistry against its own judgment last year, which had upheld the group’s decision to remove him as group chairman. With this, the six-year legal battle between the Mistry family and the Tatas came to an end.

Cyrus was the son of billionaire Pallonji Mistry, 91, who controls the 155-year-old SP Group and whose net worth is almost $27 billion, according to the Bloomberg Billionaires Index. In an unfortunate road accident that took place near Mumbai on Sunday (Sept 4, 2022), Mistry was declared dead by the hospital staff upon arrival.

Read Also
Watch Video: Who was Cyrus Mistry? Know all about former Tata Sons head who died in accident in... 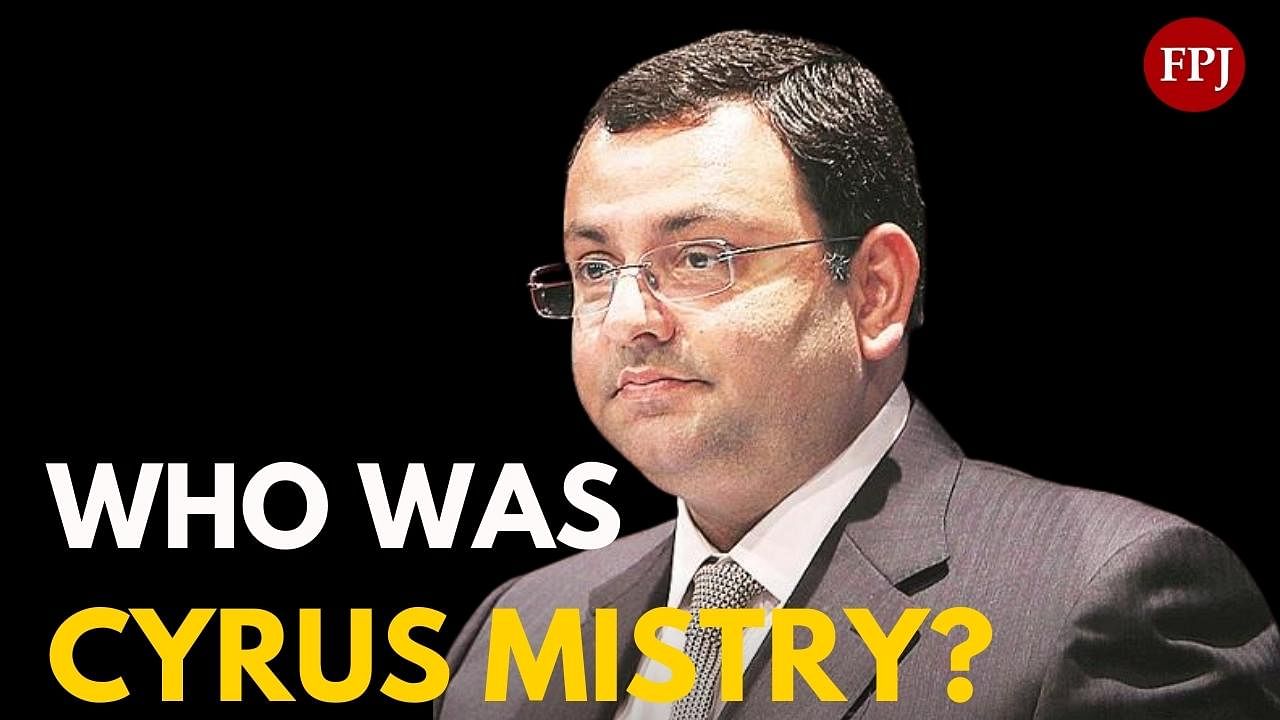