'Who's she to be kept in loop regarding PM's security?': BJP slams Punjab CM on briefing Priyanka Gandhi

The MHA has also asked the Punjab government to fix responsibility for this lapse and take strict action.
IANS Talking to Twitter, BJP spokesperson Sambit Patra questioned the need to keep Priyanka Gandhi in the loop regarding the Prime Minister's security.

Channi had maintained that there was "no threat" to Prime Minister Narendra Modi during his visit to Punjab on January 5. However, Ministry of Home Affairs (MHA) said that the Prime Minister had to cancel his scheduled visit due to a security breach and has sought a detailed report from the state government for the same.

The MHA has also asked the Punjab government to fix responsibility for this lapse and take strict action.

Union Home Minister Amit Shah said: "The Ministry of Home Affairs has sought a detailed report on today's security breach in Punjab. Such dereliction of security procedures in the Prime Minister's visit is totally unacceptable and accountability will be fixed." 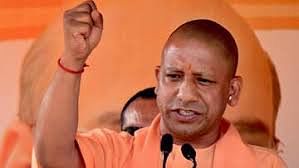 UP Assembly polls: No doubt that BJP will successfully form govt again with thumping majority, says...