HomeIndiaWho got what in Gujarat cabinet headed by CM Bhupendra Patel; check the full list here

Who got what in Gujarat cabinet headed by CM Bhupendra Patel; check the full list here

Who got what in Gujarat cabinet headed by CM Bhupendra Patel; check the full list here | File Photo
Follow us on

Desai, 71, a three-time MLA from Pardi in Valsad district who was minister of finance, energy and petrochemicals in the previous Bhupendra Patel government which took office in September 2021. He has been elected to the Assembly from Pardi in the last three elections - 2012, 2017 and 2022. He belongs to the Brahmin community and is considered close to state BJP president C R Paatil.

A four-time MLA from Visnagar in Mehsana district of North Gujarat, Patel was the health minister in the previous Bhupendra Patel government. He holds a diploma in engineering and is in the construction business.

Another member of the erstwhile Bhupendra Patel cabinet who held the agriculture portfolio. Raghavji Patel, 64, is the MLA from the Jamnagar Rural constituency who was earlier associated with the Congress. He was elected as MLA on a Congress ticket from Jamnagar Rural in 2012. He shifted to the BJP ahead of the 2017 elections, but lost the polls that year to Vallabh Dharaviya of the Congress. However, Dharaviya resigned as MLA in 2019 and in the subsequent bypoll Raghavji Patel was elected from the seat and made a minister in the 2021 Bhupendra Patel Patel government.

Rajput, 60, is also a Congress turncoat who was elected to the Assembly from Sidhpur in Patan district in 2012 and then moved to the BJP before the 2017 Assembly elections. He, however, lost elections five years ago, but entered the Assembly this time. He is a businessman who owns the Gokul Group of companies.

A seven-time MLA from Jasdan in Rajkot district and a prominent Koli community leader, Bavaliya, too, had roots in the Congress. The 67-year-old politician switched over to the BJP in 2018 after winning on a Congress ticket for the fifth term in 2017. After his re-election in a 2018 bypoll on a BJP ticket, Bavaliya was made a cabinet minister in the government of then-chief minister Vijay Rupani. However, he was dropped from the cabinet when Rupani was replaced by Bhupdendra Patel as chief minister in September 2021. He was also the Lok Sabha MP from Rajkot between 2009 and 2014.

Bera, 57, defeated Aam Aadmi Party (AAP) chief ministerial candidate Isudan Gandvi and sitting Congress MLA from Khambhalia Vikram Madam in the just held elections, earning the sobriquet of a 'giant killer'. He belongs to the OBC Ahir community. Bera was a minister in earlier BJP government from 2007 to 2017. He served as MLA from Bhanvad in Devbhoomi Dwarka district earlier and was fielded by the BJP from Khambhalia in the same district in the 2022 polls.

Dindor, 52 is a tribal leader elected from the Santrampur (Scheduled Tribes) Assembly seat in Mahisagar district. He was a minister of state in the earlier government of Bhupendra Patel. This is Dindor's second term as MLA from the ST-reserved seat and he has been associated with the BJP for long.

Elected from the Scheduled Castes (SC) reserved seat of Rajkot Rural, Babaria, 47, is a three-time MLA from the constituency. She is the only woman minister in the new Bhupendra Patel government. She was earlier elected to the Assembly from the same seat in 2007 and 2012 and retained the segment in 2022.

Harsh Sanghavi (Minister of State) gets Youth and Cultural activities, Home and Transport

Sanghavi (37) is a three-term BJP MLA hailing from a Surat-based Jain family which has business interests in diamond trading and manufacturing. He has been winning from the Majura Assembly seat of Surat city since 2012. Sanghavi, considered close to Gujarat BJP president CR Paatil, came into limelight after he was given the important portfolio of home as an MoS after Bhupendra Patel was made the CM for the first time in September 2021. With him in the home department, the Gujarat police had seized huge quantities of drugs from Gujarat and other parts of the country.

Jagdish Vishwakarma, also known as Jagdish Panchal, is the BJP MLA from the Nikol seat in Ahmedabad district. He earlier served as the Ahmedabad city BJP president. In the previous government, he was made MoS for industries as well as forest, environment and climate change departments. He also held independent charge of cottage industries and cCooperation.

Solanki, who represents the Bhavnagar Rural seat, is a prominent Koli community leader in Gujarat and a six-time MLA. He had served as a minister under different chief ministers, including Keshubhai Patel, Narendra Modi and Vijay Rupani. However, he did not find a place in the previous Bhupendra Patel dispensation. Under Rupani, when he was MoS fisheries, Solanki had expressed his displeasure over not getting the Cabinet rank.

The three-time BJP MLA belongs to the Koli community and has been winning from Devgadh Baria in Dahod district since 2012. In the Vijay Rupani government, Khabad had served as minster of state for rural housing and rural development.

A three-time MLA from Olpad in Surat district, the BJP leader had earlier served under CM Bhupendra Patel as MoS for agriculture, energy and petrochemicals. In September, Prime Minister Narendra Modi had virtually inaugurated a mega medical camp in the Olpad area organised by Mukesh Patel.

Pansheriya had won from the Patidar-dominated Kamrej seat of Surat district in 2012, but was not re-nominated from the constituency in 2017 by the BJP. In 2022, the BJP dropped sitting MLA VD Zalavadia and fielded Pansheriya from Kamrej. The politician had reached out to the the family of 21-year-old college student Grishma Vekariya, who was murdered in Surat in February. Her family had thanked Pansheriya for helping them in the time of crisis.

Halpati, a well-known tribal leader of south Gujarat, defeated Congress' sitting MLA Anand Chaudhary from the Mandvi (ST) seat of Surat district in the just held Assembly polls. He has been in and out of the BJP over the last decade. In the 2007 Assembly elections, Halpati, as the Congress candidate, had defeated the BJP from the Bardoli seat. He joined the BJP in 2013 after the Congress denied him poll ticket from the Gandevi (ST) seat. Halpati was suspended after he unsuccessfully fought the 2017 polls from Mandvi as an independent. He rejoined the BJP in 2019.

Parmar is a veteran leader from Arvalli district who lost three elections before tasting success in the just concluded Assembly polls. In 2017, he lost to Congress' Rajendrasinh Thakor from the Modasa seat by a thin margin of 1,640 votes. However, this time Parmar defeated Thakor by a huge margin of 35,000 votes. He is associated with the cooperative sector and currently serves as a director of the Sabar Dairy. Parmar started his career as a village sarpanch. 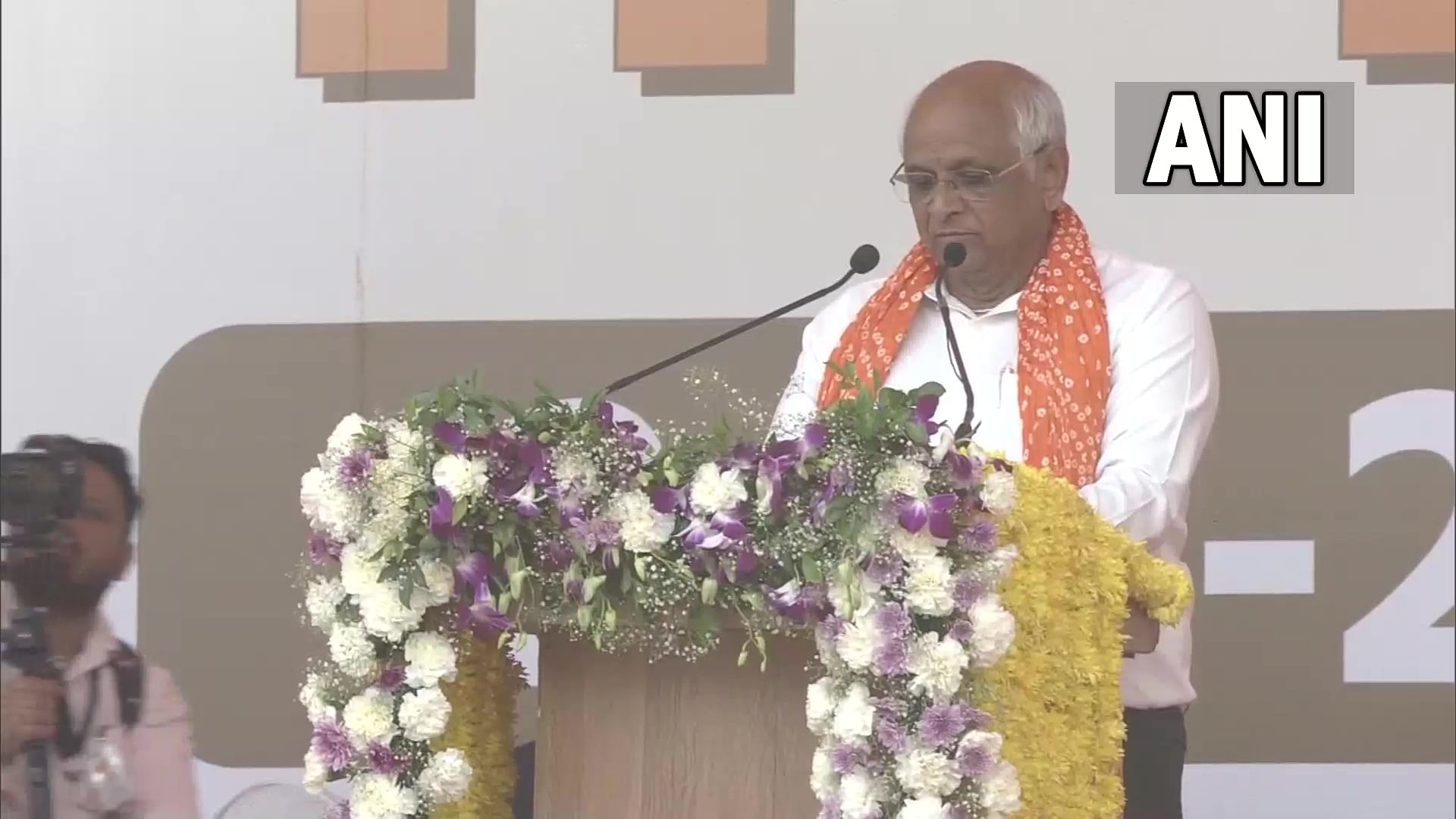