Where Only Eagles Dare: Indian Army's control of heights plays with Chinese nerves

Looking at the big picture, the control of the heights serves as a leverage to keep PLA misadventures in check.
FPJ Web Desk 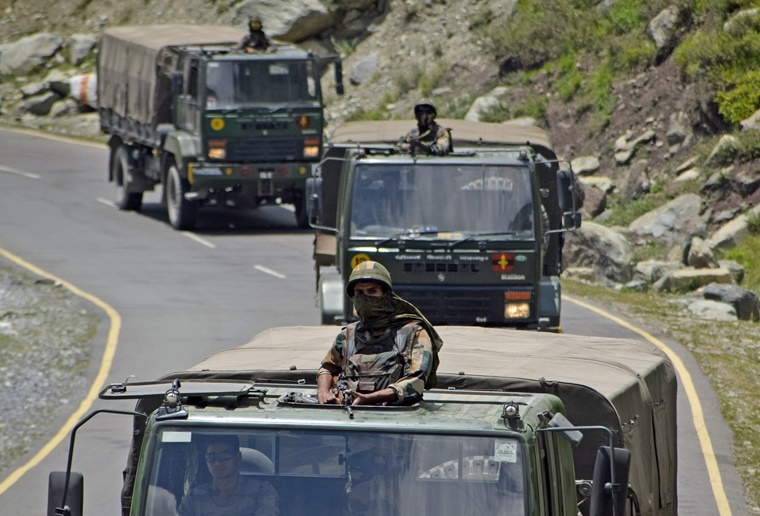 More than anything, the Chinese are annoyed with India’s recent occupation of three hilltops on the south bank of Pangong Lake.

Not only does control of the ridges give India a tactical advantage since it is perched at a higher altitude, it also gives Indian Army control of a vantage position from which it can monitor troop movement in key passages in the area.

Looking at the big picture, the control of the heights serves as a leverage to keep PLA misadventures in check. Senior unnamed officials have been cited by NDTV’s news portal as saying that the army's occupation of these key heights is an entirely defensive manoeuvre, aimed at countering a Chinese build-up with tanks and troops on their side of the LAC in the area.

That the control of the heights is playing with Chinese nerves is apparent from the statement of its embassy. It says that India ‘‘trespassed the Line of Actual Control at the southern bank of the Pangong Tso Lake and near the Reqin Pass in the western sector of China-India border.’’ This is a dead give-away: If India is indeed holding on to Rechin La, as claimed by China, it means Indian troops are about 3 km inside the Chinese territory (Ref: India Today analysis). India-China showdown in Ladakh: The story so far

The recent Chinese mobilisation, in turn, close to the Indian base at Thakung, was essentially aimed at altering this precarious equation. It is understood that the Chinese had brought in a sizeable number of troops which, with help of ropes and other climbing equipment, started climbing in a table-top area between Black Top and Thakung Heights at Pangong Tso, south bank. However, the clandestine activity in the dead of the night was thwarted by a well-fortified Indian position.

India and China, meanwhile, held another round of military talks to ease the escalating tension, especially around the Pangong lake.

The belligerence shown by the Chinese on Monday has been scaled down somewhat with Foreign Minister Wang Yi harping on the oft repeated line that Beijing is ready to manage all issues through dialogue with India. Wang Yi said during an interaction at the French Institute of International Relations in Paris that there were problems in perception as the boundary between China and India has not yet been demarcated. In the same breath, he added: "There are philosophical views, too. That instead of the dragon and the elephant competing, the two should dance together; 1 plus 1 is not 2, but 11; and so on.’’

The cryptic analogy seems to put the enigmatic India, China relations in perspective.

The incorrigible Chinese are at it again. Undeterred by the robust Indian response on the intervening night of August 29 and August 30, the PLA troops again tried to sneak into the south bank area of Pangong Lake on Monday.

Such was the audacity that this time the PLA decided to needle the Indian Army with a daytime operation. According to a news portal, Indian soldiers were surrounded by the Chinese, who have been desperately trying to regain dominance of the ridges that are currently being controlled by the Indian army. Chinese soldiers were told to desist from proceeding further and Chinese military commanders, who were in discussions with an Indian brigadier at the time, was told to tell his forces to retreat to prevent any escalation.