This is the second attack as earlier on Monday the Vande Bharat Express window panes were broken as stones were thrown at the train connecting Howrah to New Jalpaiguri near Malda.

Two window panes of the Vande Bharat Express train were left damaged after stones were allegedly pelted on the two coaches near the Phansidewa area of the Darjeeling district on Tuesday, the Railway Protection Force (RPF) informed.

This is the second attack as earlier on Monday the Vande Bharat Express window panes were broken as stones were thrown at the train connecting Howrah to New Jalpaiguri near Malda.

FIR against unknown persons was lodged under sec 154 of Railways Act in connection to stone pelting on Vande Bharta Express, Commandant, RPF said. 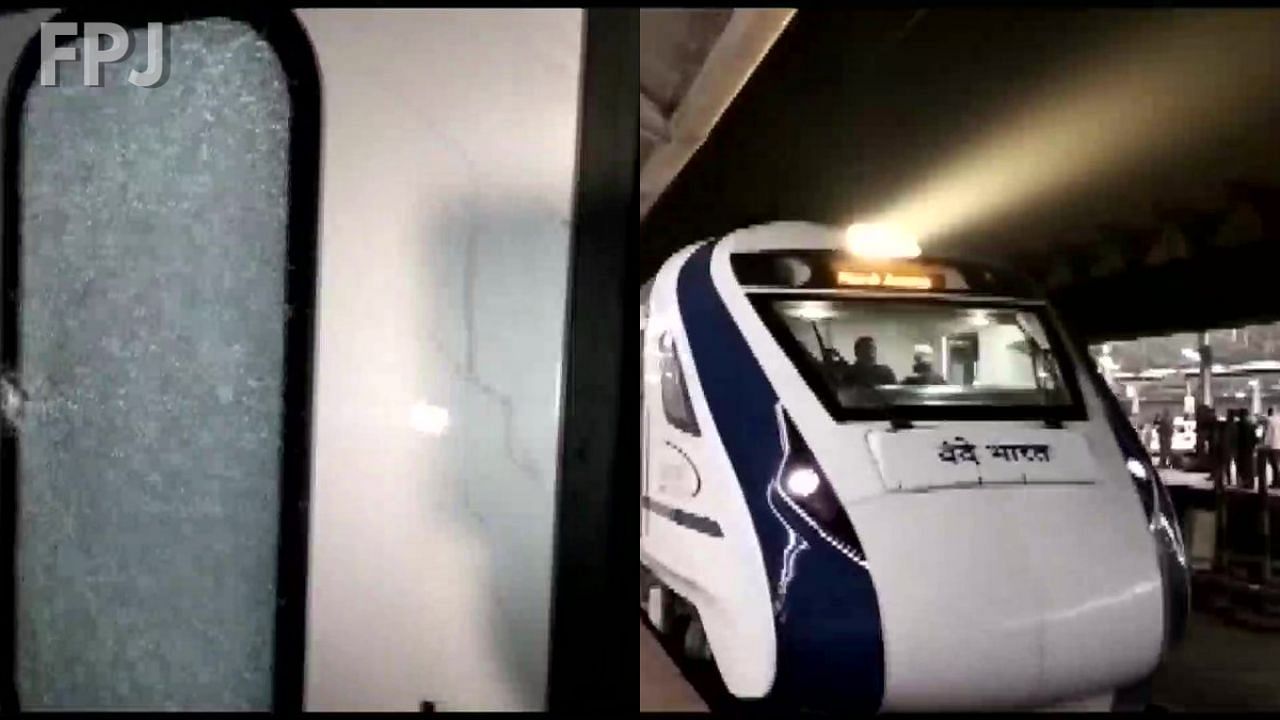 The RPF Commander informed that the incident happened near the Phansidewa area in the Darjeeling district.

"Windows of coach C3 and C6 of Vande Bharat Express were found damaged due to stone pelting. It was found, windows were damaged near Phansidewa area in Darjeeling district when the train was moving towards New Jalpaiguri," he said.

"On January 3, at about 5.57 pm , train no.22302 DN (Vande Bharat exp) arrived at MLDT. On checking it was found that a stone pelting mark was present on the glass surface of coach no. C-3 and C-6. On enquiry it became clear that in morning around 13.20 hrs, while the said train was going in up direction towards NJP, before arriving NJP in yard area, the stone pelting incident happened in both C-3 and C-6 coach. The same incident of stone pelting had been taken place yesterday i.e 02.01.2023 at Kumarganj stn under RPF/POST/SAMSI, DIV-Katihar, NFR, as a result a case had been registerd by samsi post u/s- 154 of Rly act," stated the RPF release.

Earlier on December 30, People in West Bengal welcomed their first Vande Bharat express as Prime Minister Narendra Modi flagged off the semi-high-speed train that will run between Howrah and New Jalpaiguri.

The nation's seventh Vande Bharat express train between Howrah-New Jalpaiguri (NJP) was been flagged off through video conferencing by the Prime Minister.