A day after TMC MP Saugata Roy claimed that Governor Jagdeep Dhankhar sends him messages ‘maligning’ Chief Minister Mamata Banerjee, Dhankhar on Thursday took to Twitter claiming that ‘TMC MP’s stance could not have been farther distanced from fact situation and propriety.’

“The least expectation @SaugataRoyMP @LokSabhaSectt @AITC is to withdraw his statement “Governor Sending Me Texts Against Mamata Banerjee Every Day” now that the entire WhatsApp exchange has been revealed,” mentioned the Governor on Twitter.

Slamming Roy, Dhankhar further wrote that such ‘untenable’ and ‘unfair’ indictment is ‘unbecoming’ of Roy. “Such untenable and unfair indictment of the office I hold is unbecoming of the august position you hold. I am sure you would dispassionately soul search and reflect on the embarrassment and affront caused by your unjustifiable indictments and stance,” read the letter written by Dhankhar to the TMC MP.

It can be recalled that on Wednesday, the TMC MP claimed that the Governor sends him ‘provocative messages’ against Chief Minister Mamata Banerjee every day which is ‘unethical’ for the Governor to engage in such activities.

“Sending messages against Chief Minister Mamata Banerjee to me by Governor Dhankhar is very unethical. The Chief Minister is the leader of the party of which I am a member. I think someone is provoking the Governor. Governor tweets all this after meeting with either Shubhendu Adhikari or Amit Shah,” Roy said on Thursday.

Governor also mentioned that on May 16, after Roy had sought an appointment to meet him, he had replied on the same day and also that the second message he had sent Roy was a video of TMC MP Kalyan Banerjee where he had asked people to ‘lodge complaints against Governor’. 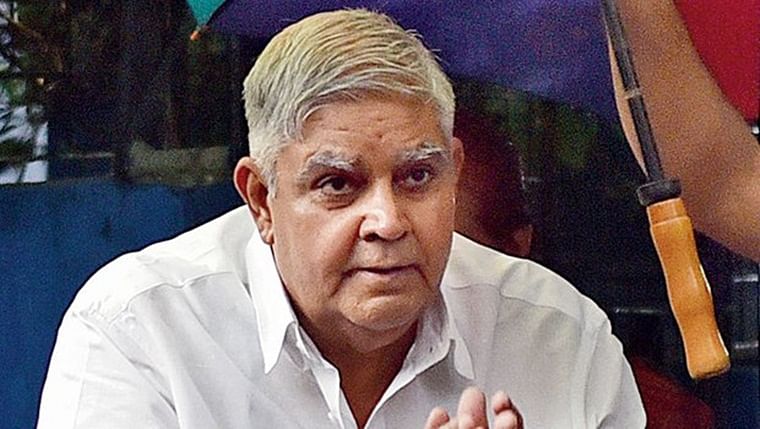