Slamming the parents of the dead girl, Mamata questioned why the body was cremated without informing the police.

Kolkata: Chief Minister Mamata Banerjee gave a love angle twist to the Hanskhali in Nadia district’s gangrape case where the son of TMC leader got arrested.

“It is an unfortunate case but everyone knew that the boy and girl were having a love affair. Does anyone know whether it was rape, pregnancy or anything else? If the girl died on April 5 why did the complaint was filed on April 10,” said Mamata.

Slamming the parents of the dead girl, Mamata questioned why the body was cremated without informing the police.

“I cannot stop anyone from loving people. This is not UP that I will take action by implementing love jihad. I don’t see political hue while taking action and the accused is arrested,” mentioned the Chief Minister.

The Chief Minister had also instructed the Children Commission to probe the incident.

No sooner did the Chief Minister question the Hashkhali incident, than the opposition slammed Mamata.

Leader of Opposition Suvendu Adhikari slamming the Chief Minister said he along with other BJP MLAs will visit the family of the deceased girl.

“The Chief Minister, despite being a woman, failed to protect the women in the state. Her comment on the incident is also shameful,” said Adhikari.

“LOP @SuvenduWB has sought a probe on the alleged gangrape death of a 14-year-old girl in Nadia as well as atrocities on Ram Bhakats #RamNavami. Both highlight a worrisome state of crime against women & nose diving law & order scenario. Guv has sought an urgent report from CS on both counts.”

Meanwhile, according to the family members of the dead girl, they were threatened by the ruling Trinamool Congress for which they had cremated the body at the earliest.

According to police super of Hanskhali police station Sayak Das said that secret statements of family members have been taken and will be sent to court soon.

It is pertinent to mention that on April 4 night as per allegations, the girl who died was fooled by TMC leader’s son and his friends into consuming alcohol and then raped and after having pain on lower abdomen she had died on wee hours of April 5. 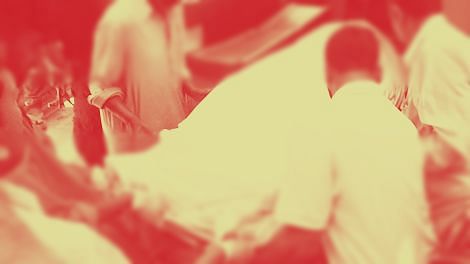