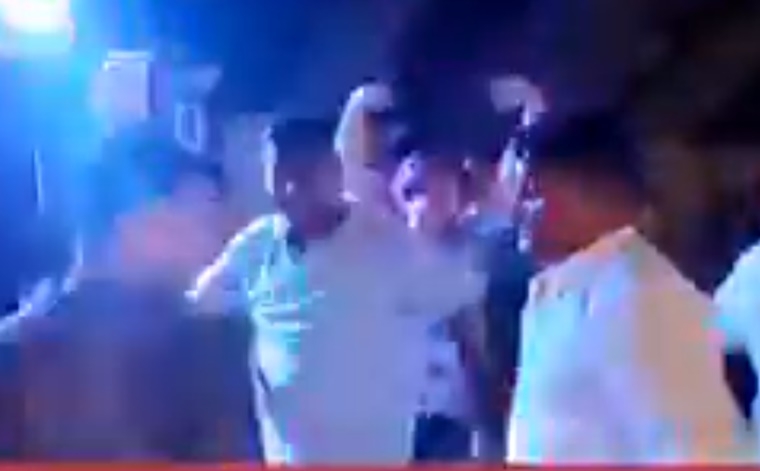 As probe on Uttar Pradesh's most wanted gangster and his death continues, a video of Vikas Dubey dancing on Amitabh Bachchan’s song in a function allegedly days before the Kanpur encounter has surfaced on social media.

According to reports, the undated video is said to be shot during wedding of Vikas Dubey's close aide Atul Dubey.

On July 3, two of Vikas Dubey’s associates, Prem Prakash Pandey and Atul Dubey, were killed by police in an encounter in Kanpur. On July 8 the police killed another aide, Amar Dubey, who carried a reward of Rs 50,000, in an encounter in Maudaha village in Hamirpur district.

Meanwhile, Vikas Dubey had been on the run since then and was arrested from Madhya Pradesh's Ujjain town on July 9. He was picked up at the city's famed Mahakal temple and shot dead early next morning on the outskirts of Kanpur by UP Police. The UP Police had claimed he was trying to flee after the car carrying him overturned on an isolated stretch of road slick with rain.

Eight policemen, including DSP Devendra Mishra, were ambushed in Bikru village in Chaubeypur area of Kanpur when they were going to arrest Dubey and fell to bullets fired from rooftops shortly after midnight on July 3.