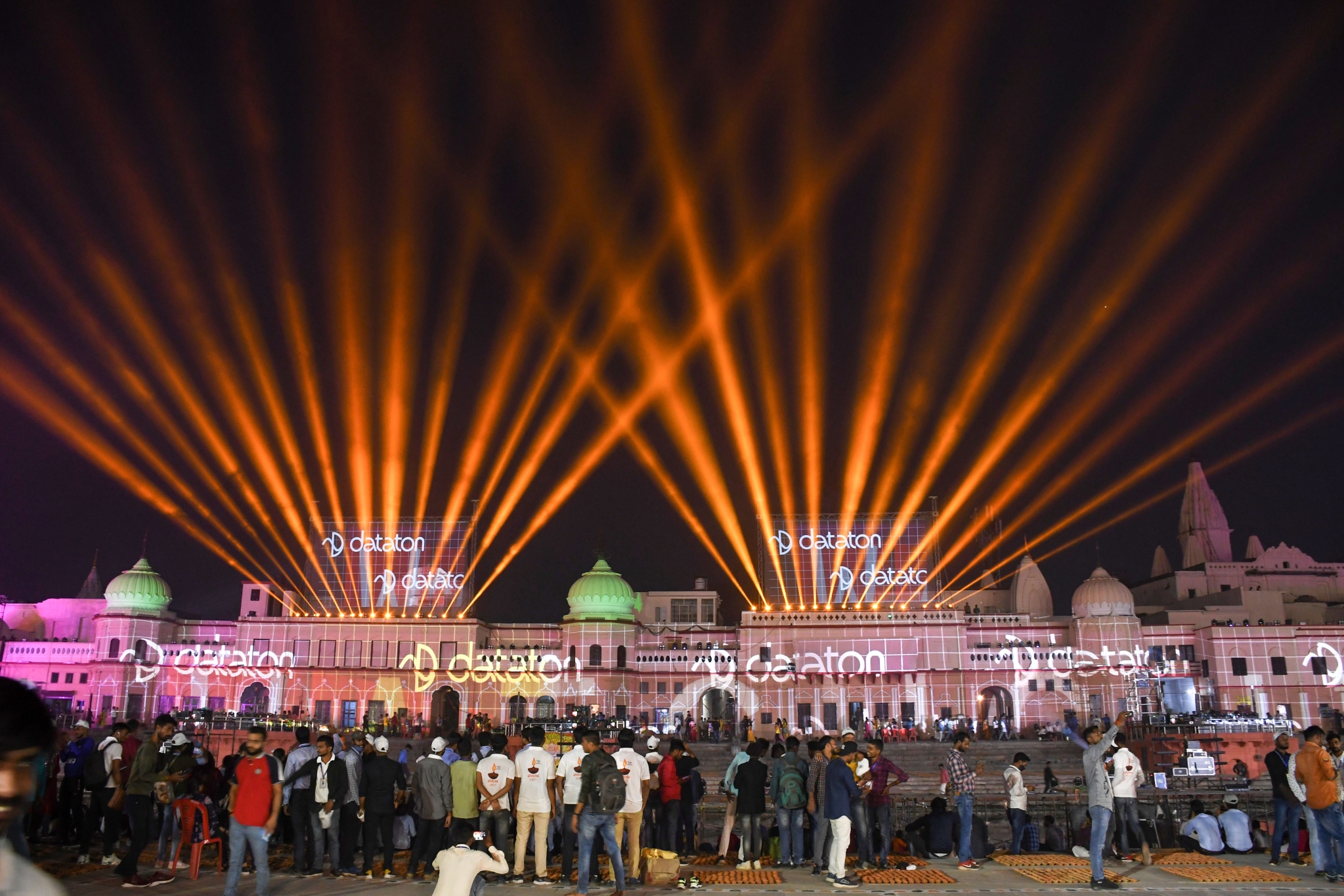 The Deepotsav celebrations in Uttar Pradesh's Ayodhya district began on a grand scale on Monday evening.

The majestic 'Ram Ki Paidi' Ghat was dotted with colourful lights for the mega celebrations. The ghat is the main venue of Deepotsav celebrations which will be illuminated with nine lakhs earthen diyas on the eve of Diwali on Wednesday.

Deepotsav is being held for the fifth consecutive year and the scale has increased with each celebration.

The celebrations began with the inauguration of Shilp Bazar at Ram Katha Park.

On the inaugural day, famous Watkar sisters of Nagpur, Bhagyashri and Dhanashri, presented a musical rendition of various parts of Ramayana.

A troupe of artiste from Janakpur, Nepal, gave a performance on Ramayana.

All temples, even those in narrow lanes and by lanes of Ayodhya, have been decorated and illuminated up for the festive occasion.

Ved Prakash Gupta, BJP MLA from Ayodhya, said, "Deepotsav celebrations began in Ayodhya on Monday. The entire city has been spruced up. The main event is scheduled on Wednesday, which will be presided over by Chief Minister Yogi Adityanath."

The Ayodhya administration and the Uttar Pradesh Tourism department have mobilised 12,000 volunteers for the task of lighting diyas.

Thirty-two other ghats in Ayodhya will also be illuminated with earthen diyas.

For the first time, the state government is organising an aerial drone show on Deepotsav. Around 500 drones will draw various features from Ramayana on Ayodhya's skyline.

In addition to this, 3-D holographic show, 3-D projection mapping and laser show at the majestic Ram Ki Paidi on the banks of river Saryu was organised. 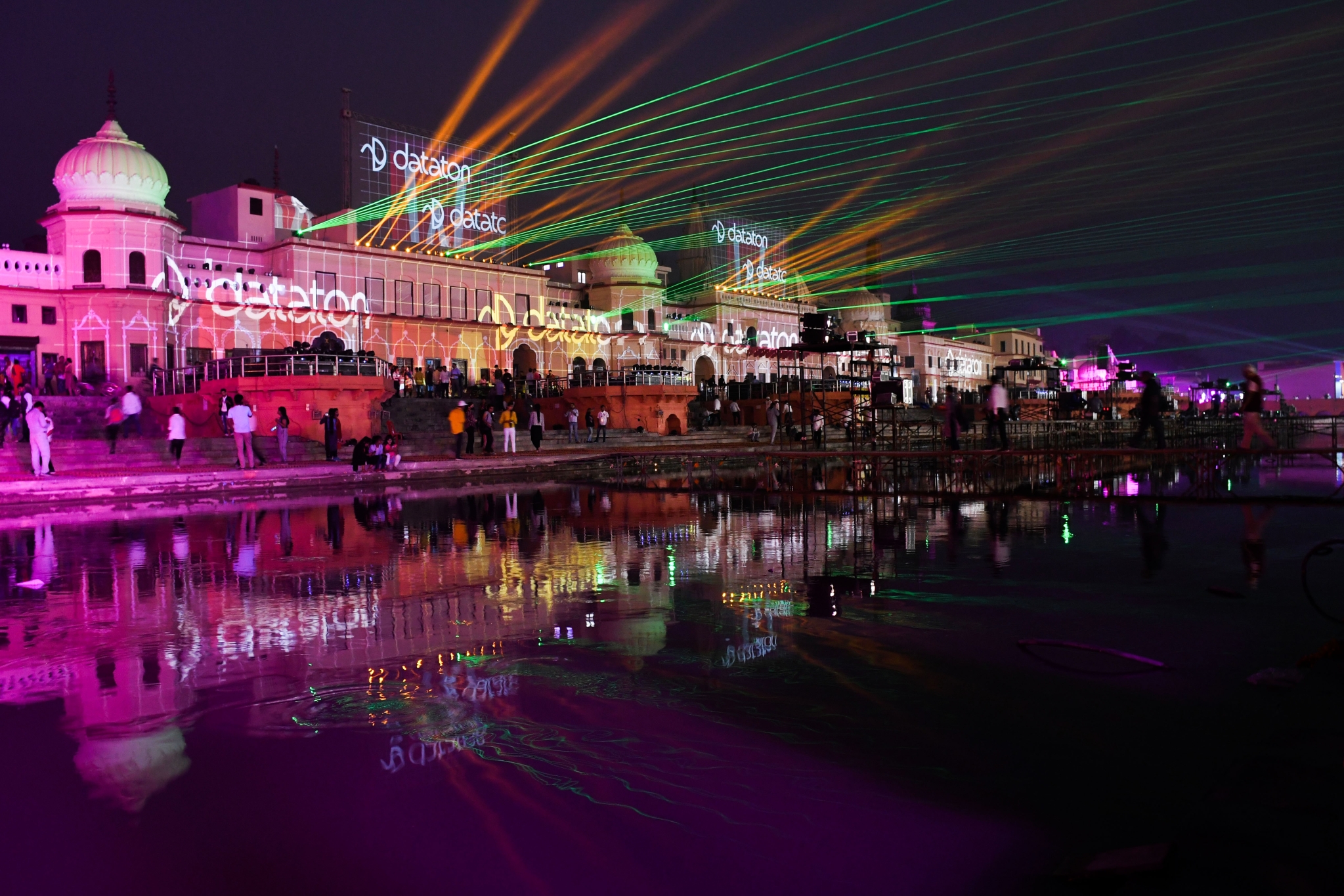