Bengaluru: Known to lose his cool often, Karnataka Pradesh Congress Committee (KPCC) President DK Shivakumar was caught on camera slapping a party worker who tried to get a bit too friendly by putting a hand on his shoulder. The incident took place in Mandya on Friday when DKS was on a visit there to check on the health of a party leader.

An unidentified party worker suddenly popped up and tried to place his hand on the leader's shoulder. DKS got wild and slapped him. "I have given you freedom but that doesn't mean you do this," he was heard saying. The video of the incident was shared widely on social media. Shivakumar was also heard instructing camerapersons present in the vicinity to delete their footage.

The BJP was quick to react with the hashtag #RowdyDKS. "The President of a national party it is unforgivable to publicly assault a man," BJP Karnataka said in a tweet. "If D K Shivakumar can attack a party worker for having come close to him, what will happen to commoners? Are you trying to become the brand ambassador of hit-and-slap politics?” the tweet added.

"Karnataka Congress President @DKShivakumar slaps his party worker in full public view. If this is how the "former shishya" of Kotwal Ramachandra treats his party worker, one can imagine what he would do with others. Have you given DKS the "licence for violence," BJP leader and national general secretary CT Ravi said.

Posting a video of an earlier incident where Shivakumar can be seen hitting a youth who was clicking selfies, as he was about to address the media, the BJP in a tweet asked him to quit public life if “underworld-like behaviour” is unavoidable. 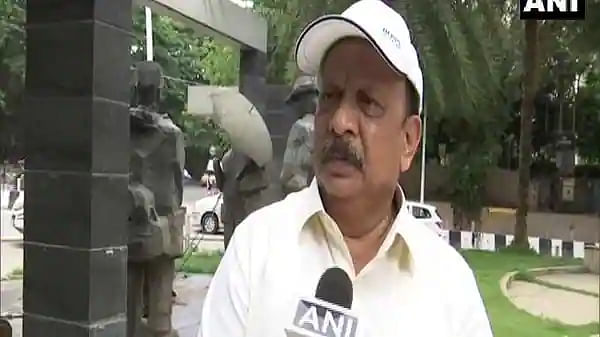