"What is wrong with holding a peaceful protest march against the misuse of central agencies by the ruling government?" asked Congress leader and Rajasthan CM Ashok Gehlot at party HQ in Delhi | ANI

On Monday, the Delhi Police detained Congress leaders amid protests outside the AICC headquarters in support of Rahul Gandhi, who was summoned by the Enforcement Directorate in connection with a money laundering case related to the National Herald newspaper.

Visuals from New Delhi showed Congress workers being detained and put into buses as they raised slogans in support of their leaders. More Congress workers are expected to hit the streets later in the day as the party has planned this protest as a show of strength.

The police has also put up a poster of the order at the barricades outside the AICC office.

"Security have been stepped up as per the proposed march by the Congress leaders despite denying them permission. All the routes leading to their proposed destination have been heavily barricaded with adequate deployment of forces as a precautionary measure," the officer said.

Ahead of the proposed march by the Congress leaders, the Delhi Police said that it has imposed section 144 CrPC preventing the assembly of more than four people in the area asking them not to violate the law.

"Section 144 CrPC is imposed here. It is requested to all of you that do not violate the Act 144 CrPC otherwise strict legal action will be taken," said an order from deputy Commissioner of police, New Delhi district.

Gandhi is to appear today before the Enforcement Directorate (ED), which is probing the money laundering case. Police have imposed prohibitory orders near the agency's office. Congress general secretary Priyanka Gandhi Vadra will accompany Gandhi to the ED office, reported NDTV.

Congress leader Randeep Singh Surjewala took a swipe at the BJP with a taunt on the role of their ideological predecessors in the freedom struggle.

"The Satyagrah march will be held in a peaceful and Gandhian way under the leadership of Rahul Gandhi. Neither the British could stop it during the freedom struggle, nor can the current ruling dispensation, who served as informants for the British then," he told news agency ANI.

Surjewala further said, “We’ll hold a peaceful protest march to the ED office under the leadership of Rahul Gandhi. We’re the protectors of the Constitution, we will not bow down or be scared. By deploying a large police force, it has been proven that Modi govt is shaken by Cong.” 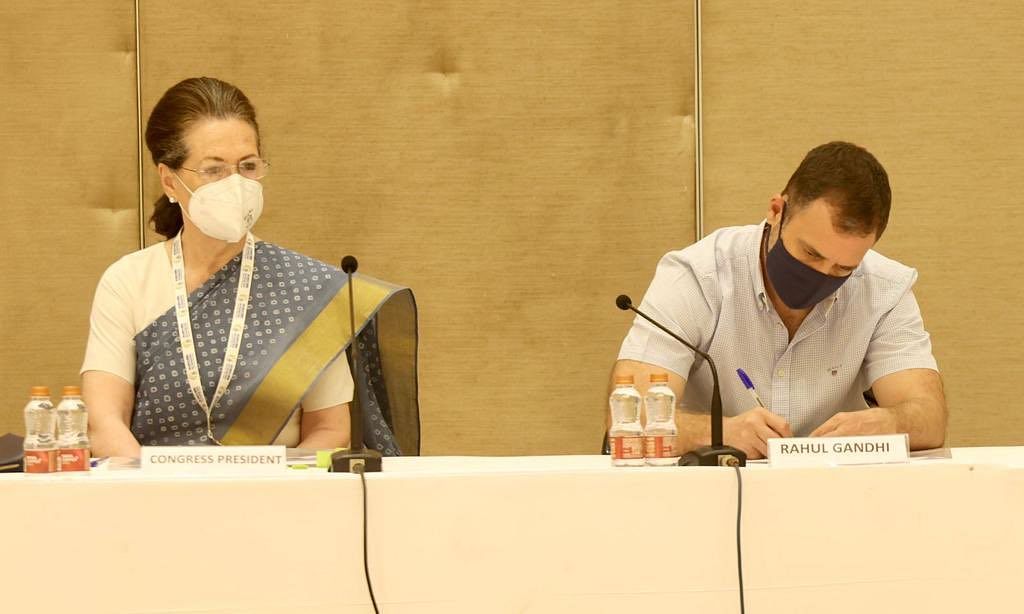