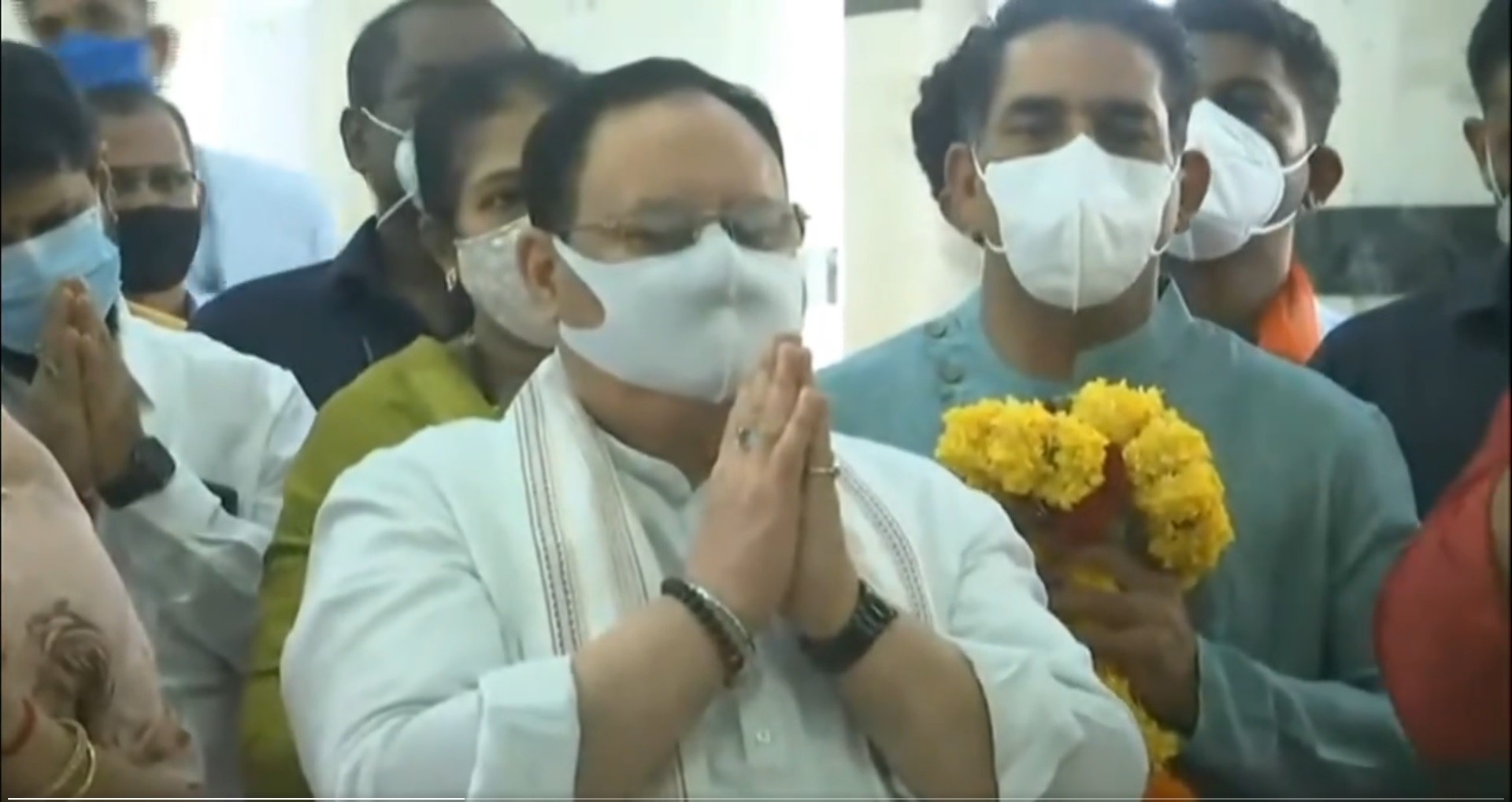 Eyeing the 2022 Assembly elections, Nadda commenced a two-day visit in Goa on Saturday.

He addressed Members of Parliament, MLAs and functionaries from the party in the state and asked them to ensure that people affected by the floods caused by heavy rains over the past few days are taken care of.

Nadda, who arrived in the state in the afternoon, was welcomed by chief minister Pramod Sawant, state unit chief Sadanand Shet Tanavade and others.

"In his address, Nadda asked leaders to ensure that the party organisation manages to reach those affected by the floods. He also appreciated the state government's COVID-19 vaccination drive," a functionary said.

On Sunday, Nadda will visit the Mangueshi Temple at 8.30 am, and then attend a tree plantation event with Sadguru Brahmeshanandacharya Swami at Tapobhumi in Kundai at 9.15 am.

At 10.30 am, he will visit a vaccination centre at Don Bosco High School here, and at 3:15pm, he will address a press conference, the party functionary informed.

As per an official statement by Nadda's office, the BJP chief is set to meet party leaders and also participate in public functions. Post his arrival at the airport, he went to the party's office in Panaji, where he is holding series of meetings with state ministers, party MLAs and other core committee members. Nadda is also scheduled to meet chiefs of different wings of the party.

Goa chief minister Pramod Sawant said, "I welcome JP Nadda on the behalf of people and government of Goa. He is here for the party's work. With this, we have started the preparations of the upcoming elections in the state." Speaking to ANI, Sadanand Shet Tanavade said, "Today morning, Goa CM, Goa Deputy CM and other officials visited the flood affected areas in the state. PM Modi and Union Minister Amit Shah also held telephonic conversations with the concerned authorities. Surely, Nadda ji will discuss this issue." "Also, Nadda ji will take part in a tree plantation drive tomorrow, visit a vaccination centre and hold meeting with various party officials. We all are surely creating an environment for 2022 polls", the State BJP chief said.