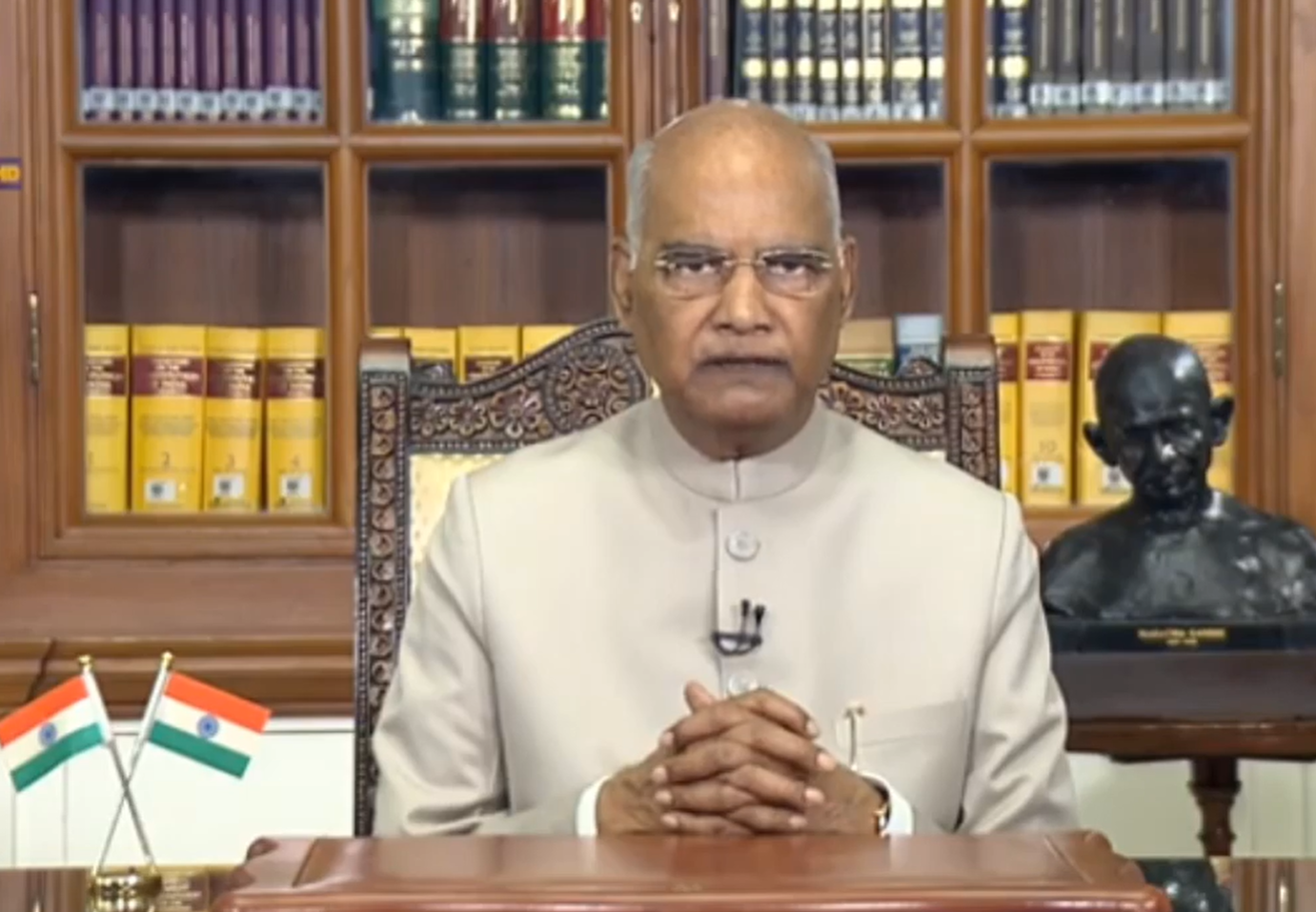 A day before Independence Day, President Ram Nath Kovind addressed the nation. He said that this year's Independence Day celebrations will be restrained as deadly virus has disrupted all activities and taken a huge toll on the country.

"Aug 15 fills us with excitement of unfurling the tricolor, taking part in celebrations & listening to patriotic songs. Youth of India should feel special pride of being citizens of free nation," the President said.

"We are fortunate that Mahatma Gandhi became the guiding light of our freedom movement. As much a saint as a political leader, he was a phenomenon that could have happened only in India," he added.

Further he said that 'Celebrations of Independence Day this year will be rather restrained. The world confronts a deadly virus which has disrupted all activities & taken a huge toll. It has altered the world we lived in before pandemic."

Appreciating the efforts of the frontline healthcare workers, the President said, "The nation is indebted to doctors, nurses and other health workers who have been continuously on the forefront of our fight against this virus. Unfortunately, many of them have lost their lives battling the pandemic. They are our national heroes."

"Even while the world community needs to fight together against the greatest challenge before humanity, some in our neighbourhood tried to carry out their misadventure of expansion," he said.

He also paid tribute to the soldiers who fought the battle for the country on the borders. "Our brave soldiers laid down their lives defending our borders. Those worthy sons of Bharat Mata lived and died for national pride. The entire nation salutes the martyrs of Galwan Valley," he said.

"We have learnt some tough lessons in the year 2020. The invisible virus has demolished the illusion that human being is the master of nature. I believe, it is still not too late for humanity to correct its course and live in harmony with nature."