India has refrained from condemning Russia’s invasion of Ukraine and has not joined Western sanctions against Moscow. Its oil imports from Moscow have risen sharply this year as it takes advantage of deep discounts

India and China are among several countries taking part in Russia’s weeklong joint military drills scheduled to get underway on Thursday in the east of the country, according to Russia’s state-owned news agency Tass.

While India has previously taken part in multinational military drills in Russia — an Indian contingent was part of Zapad military exercises held in September 2021 — its participation in the “Vostok-2022” military exercises in the midst of Russia’s invasion of Ukraine reaffirms New Delhi’s friendly ties with Moscow despite a tightening strategic partnership with the United States.

The United States has concerns about any country conducting military exercises with Russia which has waged an "unprovoked and brutal" war against Ukraine, the White House has said after Moscow announced the Vostok 2022 drills will involve more than 50,000 troops from China, India and several other countries.

India walks the tightrope between Russia and US

India has refrained from condemning Russia’s invasion of Ukraine and has not joined Western sanctions against Moscow. Its oil imports from Moscow have risen sharply this year as it takes advantage of deep discounts.

India has defended its oil purchases as necessary for what it says is an energy deficient, developing country like India. “We have been very honest about our interests,” India’s Foreign Minister Subrahmanyam Jaishankar said earlier this month in Bangkok.

“I have a country with a per capita income of $2,000. These aren’t people who can afford higher energy prices.”

Will the US put pressure on India?

In Washington, White House Press Secretary Karen Jean-Pierre, while responding to questions on the military exercises hosted by Russia, said the US has voiced its concerns.

"The United States has concerns about any country exercising with Russia while Russia wages an unprovoked, brutal war against Ukraine. But, of course, every participating country will make its own decisions. And I'll leave it at that," she told reporters aboard Air Force One on Tuesday.

When she was specifically asked why "not put any pressure on India", Jean-Pierre said, "My first sentence there is saying that we have concerns over any country exercising with Russia while Russia is waging this unprovoked war."

When the reporter further asked if the US planned to take any action or do anything about it, the press secretary said, "I don't have anything else to share." "But we have -- we have been pretty public -- I've been asked this question with other countries as well, and we've been pretty consistent in our statements," she said.

There were no immediate comments from the Indian Army or the Ministry of Defence in New Delhi on the participation of Indian soldiers at the Vostok-2022 military exercises in Russia.

Announcing the "Vostok 2022" war games, in which China will also participate, the Russian defence ministry said last month that its capacity to stage such exercises was in no way affected by what Russia calls its "special military operation" in Ukraine.

However, Reuters reported that the Russian military exercises in the Far East this week will take place on a far smaller scale than when they were last held in 2018, reflecting the strain on Moscow's forces as they struggle to make headway on the battlefields of eastern Ukraine.

The drills reflect increasing defense ties between Moscow and Beijing, which have grown stronger since Russia sent its troops into Ukraine on February 24. China has pointedly refused to criticize Russia’s action, blaming the U.S. and NATO for provoking Moscow, and has blasted punishing sanctions imposed on Moscow.

Russia, in turn, has strongly backed China amid the tensions with the U.S. that followed a recent visit to Taiwan by U.S. House Speaker Nancy Pelosi. Speaking earlier this month, Russian President Vladimir Putin drew parallels between U.S. support for Ukraine and Pelosi’s trip to Taiwan, charging that both were part of alleged U.S. efforts to foment global instability.

Russia and China have held a series of joint war games in recent years, including naval drills and patrols by long-range bombers over the Sea of Japan and the East China Sea. Last year, Russian troops for the first time deployed to Chinese territory for joint maneuvers.

India, which had deep-rooted defense ties to Russia, will also be participating in Vostok 2022. India has faced some criticism for its neutral stance toward the Ukraine war, motivated in part by New Delhi’s continuing dependence on Russian arms.

India, however, has its own suspicions of the deepening China-Russia relationship and has been bolstering its defense ties with the United States in response. 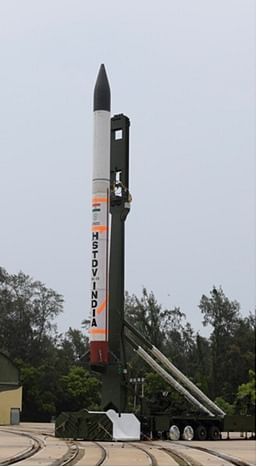