The CBI produced Bhaskararaman before the court in Chennai and sought his transit remand.

A day after the Central Bureau of Investigation (CBI) filed a criminal case against Congress leader and Lok Sabha MP Karti Chidambaram, son of former finance minister P Chidambaram, and others for allegedly facilitating visas to 263 Chinese nationals after receiving illegal gratification of Rs 50 lakh, the agency on Wednesday arrested Karti's close associate S Bhaskararaman, a Chartered Accountant, for his alleged involvement in the case. Previously, S Bhaskararaman was also arrested by the Enforcement Directorate in connection with the INX Media money laundering case.

The CBI team had made enquiries with Bhaskararaman on Tuesday night after which he was placed under arrest. The CBI produced Bhaskararaman before the court in Chennai and sought his transit remand. He would be brought to Delhi, where the agency will seek his custody from the CBI court once the transit remand ends.

According to the CBI, M/s Talwandi Sabo Power Limited (TSPL) was in the process of establishing a 1980 MW thermal power plant at Mansa and the plant was being installed by a Chinese Company. During 2011, M/s TSPL was in need of more Project VISAs over and above the maximum permissible number for Chinese experts from the China-based company as it was running behind its schedule in the installation of the Power Plant translating into huge financial repercussions in terms of penalty, interest on bank loans etc.

"It has been further alleged that the project was running behind its schedule and to avoid penal actions for the delay, the said private company of Mansa was trying to bring more and more Chinese persons/professionals for their site at District Mansa (Punjab) and needed Project VISAs over & above the ceiling imposed by Ministry of Home Affairs. It has also been alleged that for the said purpose, the Makharia had approached Karti through Bhaskararaman and thereafter they devised a back-door way to defeat the purpose of the ceiling (maximum of Project VISAs permissible to the company’s plant) by granting permission to re-use 263 Project VISAs allotted to the said Chinese company’s officials," the CBI had alleged.

"It has been alleged that in pursuance of the same, Makharia submitted a letter to MHA seeking approval to re-use the Project VISAs allotted to this company, which was approved within a month and permission was issued to the company. A bribe of Rs 50 lakh was allegedly demanded by Karti through Bhaskararaman, which was paid by the TSPL. It has been further alleged that the payment of said bribe was routed from Mansa based private company to Karti and Bhaskararaman through a Mumbai based company as payment of false invoice raised for Consultancy and out of pocket expenses for Chinese VISAs related works whereas the private company based in Mumbai was never in any kind of work relating to VISAs rather it was in an entirely different business of industrial knives," the agency had further alleged. 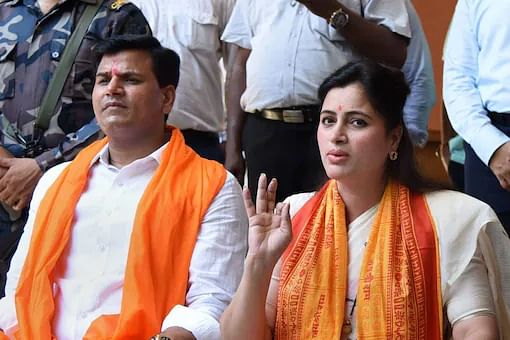