She was previously a minister in the Union Cabinet of Atal Bihari Vajpayee and was India's first Minister of Micro, Small and Medium Enterprises.

Vasundhara Raje Scindia was born on March 8, 1953 in Mumbai. She became the chief minister of Rajasthan state twice.

Sindhia was born in royal family and former rulers of Gwalior now in Madhya Pradesh state. Her father was Jivajirao Scindia. Her mother Vijayaraje Scindia, who was a senior leader in both the Bharatiya Jana Sangh. Raje was inspired by her mother to enter into Politics. Her elder brother, Madhavrao Scindia, was also a politician.

Raje completed a bachelor’s degree in economics and political science from Sophia College for Women affiliated with the University of Mumbai.

She married to Maharaj Rana Hemant Singh, of the royal Dholpur family, on 17 November 1972, but they separated a year later. Her son, Dushyant Singh, was also elected as a member of Parliament in Lok Sabha from Jhalawar. Her siblings are Yashodhara Raje Scindia, a former industries minister of Madhya Pradesh.

She was previously a minister in the Union Cabinet of Atal Bihari Vajpayee and was India's first Minister of Micro, Small and Medium Enterprises. She is currently one of the national vice presidents of the Bharatiya Janata Party (BJP).

She was elected as member of parliament five times and became MP in Lok Sabha. 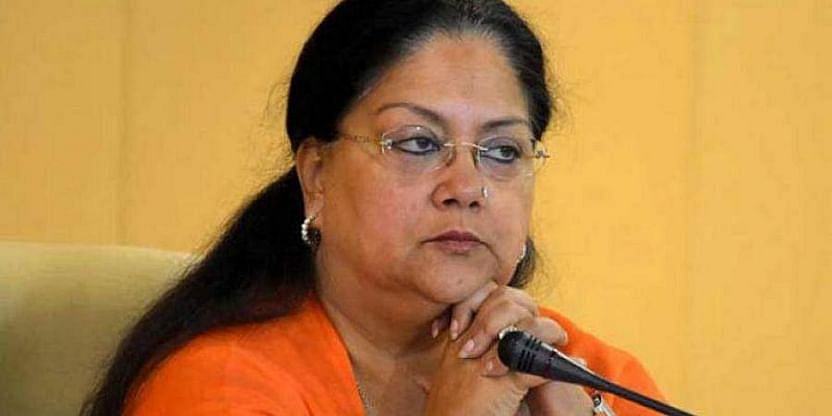