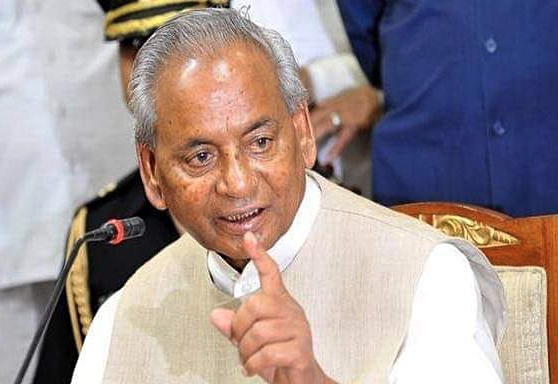 The national flag will be flown at half-mast and no events related to the government will be organised.

On Sunday, Prime Minister Narendra Modi arrived in Lucknow and paid his last respects to BJP veteran Kalyan Singh who passed away a day before.

The Prime Minister was received by Uttar Pradesh Chief Minister Yogi Adityanath and BJP chief JP Nadda among others at the Lucknow airport after which they went to the Mall Avenue residence of the late leader.

A two-time Chief Minister (June 1991 to December 1992 and September 1997 to November 1999), Singh also served as Governor of Rajasthan (2014-2019). Singh also held various organisational posts in the BJP, both in the state and central level.