Earlier in the day, Adityanath along with Union Minister Anurag Thakur and other BJP leaders flagged off "Prachar Rath" (election campaign vans) from the party office in Lucknow. 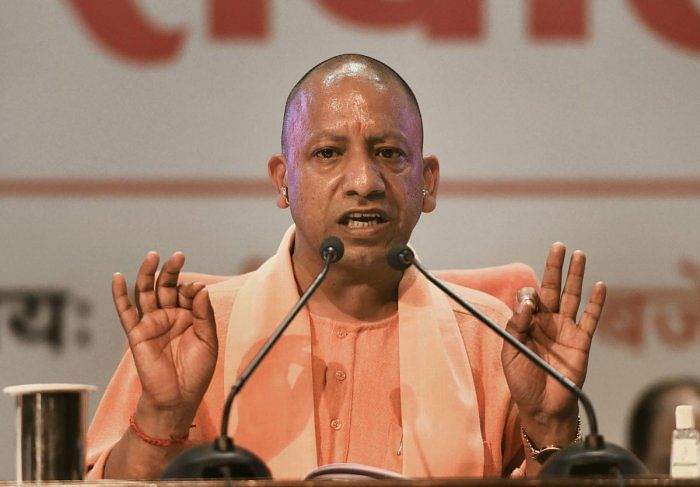 Uttar Pradesh Chief Minister Yogi Adityanath on Saturday said that Bharatiya Janata Party does social justice not only through government but also through candidates as the party has gives 66 per cent of its tickets to candidates coming from minority communities.

"66 per cent of BJP candidates come from minority communities. The model of social justice has been done not only through the government but also through the candidates of BJP," said Yogi Adityanath.

Adityanath said this after addressing a party gathering in Bulandshahar of Uttar Pradesh.

Earlier in the day, Adityanath along with Union Minister Anurag Thakur and other BJP leaders flagged off "Prachar Rath" (election campaign vans) from the party office in Lucknow.

Speaking on the occasion, the Chief Minister said that the double engine government of BJP has fulfilled all the promises it had made.

"BJP is launching a new program through this van for its election campaign today in 403 Vidhan Sabha constituencies. What BJP had said, the double engine government has fulfilled all the promises it had made. The population of 25 crores of the state has seen that before 2017 the traders and common citizens used to migrate but after 2017 the criminals are migrating and the state is setting a new paradigm of progress to bring happiness in the lives of 25 crore people of the state which is clearly visible to all of us." He further said that the double engine government in the state has worked for the development of the people.

Uttar Pradesh assembly elections will be held in seven phases from February 10 to March 7.