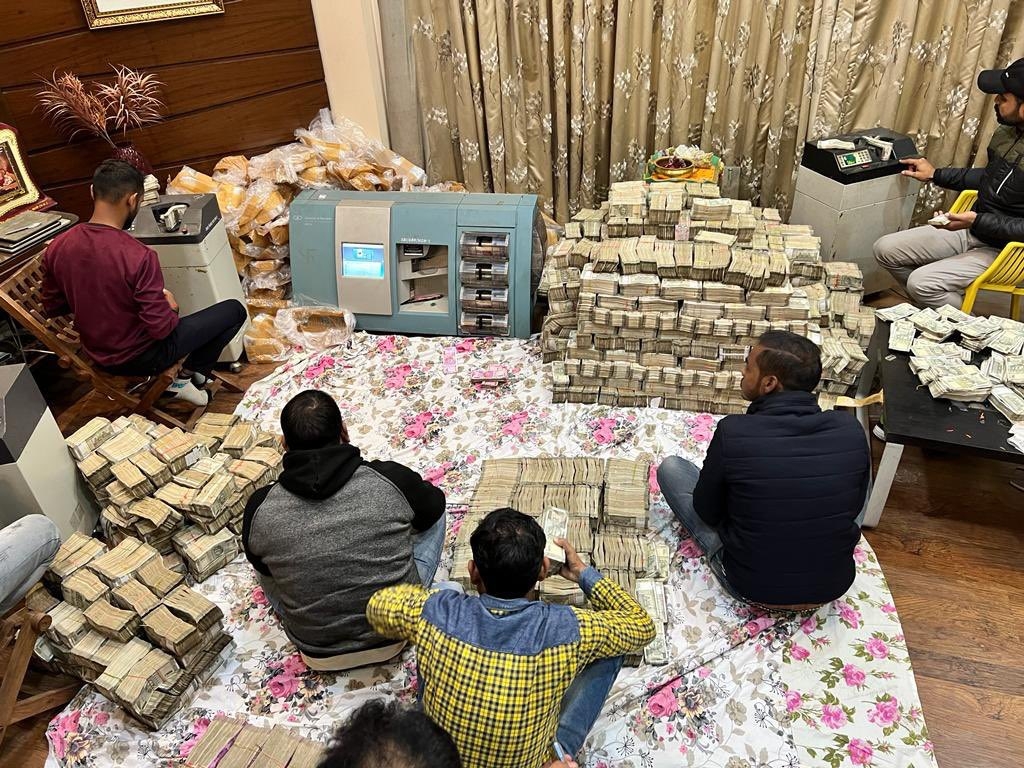 New Delhi: A total of Rs 177.45 crore cash has been recovered and seized from the premises of Kanpur's Fragrance company promoter Piyush Jain, informed sources.

Central Board of Indirect Taxes and Customs, the apex body of investigation agency Directorate General of GST Intelligence (DGGI) who is conducting a search, called this the biggest cash seizure in history.

Sources told ANI that the DGGI Ahmedabad unit's search on Trimurti Fragrance Pvt Ltd, Kanpur, manufacturers of Shikhar brand Pan Masala and Tobacco products is still on and the agency is evaluating the tax evasion by the parties who are under investigation.

The official further said that no arrests have been done so far and the search is still on in Kanpur and Kannauj.

As per a top government source, the cash recovered from the search has been seized under the provisions of section 67 of the Central Goods and Services Tax (CGST) Act and deposited in the State Bank of India.

Further, the sources told that the cash recovered is a part of sales proceed and was secreted in the premises. "Pan masala company has committed a massive tax evasion,' they said.

The DGGI team is evaluating the tax evasion figure by matching the sale of the pan masala.

An amount of Rs 3.09 crores has been recovered so far towards tax due with Trimurti Fragrance.

Sources told that this whole search operation is being held by DGGI's Ahmedabad branch with the support of officers of local Central GST.

"No other agencies are involved in the operation as reported by in some media reports," said sources.

Sources further informed ANI that inside the premises of the transporter, M/s Ganpati Road Carriers, more than 200 fake invoices, used in the past for transportation of goods without payment of GST, have been recovered.

"An amount of Rs 1.01 crores in cash has been seized from the possession of transporter. 4 such trucks outside the factory premises have been seized,' they added.