Uttar Pradesh: 31 arrested for violence during anti-CAA protest in Rampur 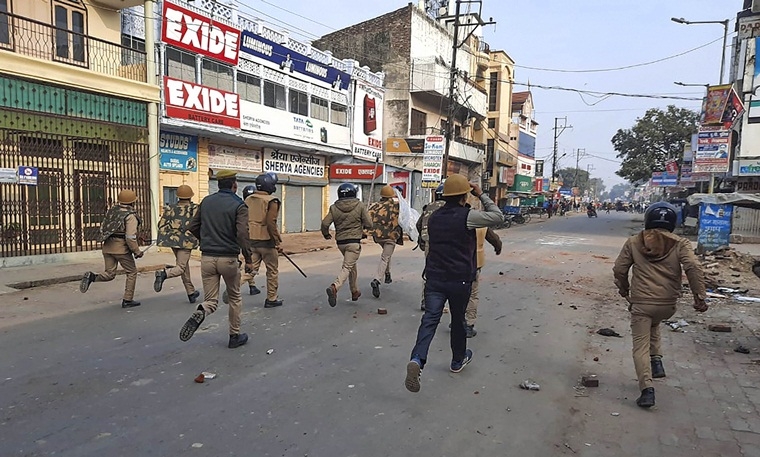 Rampur (Uttar Pradesh): At least 31 people have been arrested in connection with violence during a protest against Citizenship Amendment Act (CAA) here, police said. When asked about the death of a man during the protest yesterday here, Sharma said, "A man was shot dead but the investigation is going on and we are waiting for the post mortem report. The man received a bullet injury due which he lost his life." The police said that it is not known who shot the man and an investigation is underway.

District Magistrate (DM) Rampur, Aunjaneya Kumar Singh said, "Recovery will be made from 25 people who have vandalised the property. The police have identified them and will give a report about them soon." "Also, those people whose property has been vandalised will submit their claims to ADM finance and after a process, the claims will be settled," the DM said.

"There is a process through which recovery will be made by confiscating the property of those who have vandalised the property," he further said. The DM also said that 15 people have been released by police who were detained on suspicion. "We are making sure that no innocent is harassed. At the same time, we are also making sure that no accused is let off," he added.