UP: SP-BJP lock horns in election for two council seats

In the 403-member UP state assembly, the ruling BJP has a strength of 272 legislators while SP 110 and its ally Rashtriya Lok Dal 8.

The entry of the Samajwadi Party into the elections for two vacant seats in the Uttar Pradesh legislative council has made the battle interesting. Sitting cozy with a majority in the state assembly, the ruling Bhartiya Janta Party (BJP) was all set to win both of these seats. However, with SP Chief Akhilesh Yadav deciding to field its tribal women leader on one seat might create some problems and the ruling BJP alliance will have to formulate a new strategy.

The BJP has already announced the name of Dharmendra Singh and Nirmala Paswan for these two seats in the legislative council. The SP, which earlier had announced not to contest these elections, decided to field tribal women leader Kirti Kol on Sunday.

The SP Chief on Sunday said that former party candidate from Chanaybe, Mirzapur district, Kirti Kol would be the party nominee in the council polls and she would file a nomination on Monday.

It may be mentioned that in the 403-member UP state assembly, the ruling BJP has a strength of 272 legislators while SP 110 and its ally Rashtriya Lok Dal 8.

According to senior BJP leaders, both the party and nominees would win and the party might dent the votes of SP. However, to play safe, the BJP might ask its legislators to give second preference votes in the elections. The members of the state assembly would vote in the elections for these two vacant seats of the legislative council. 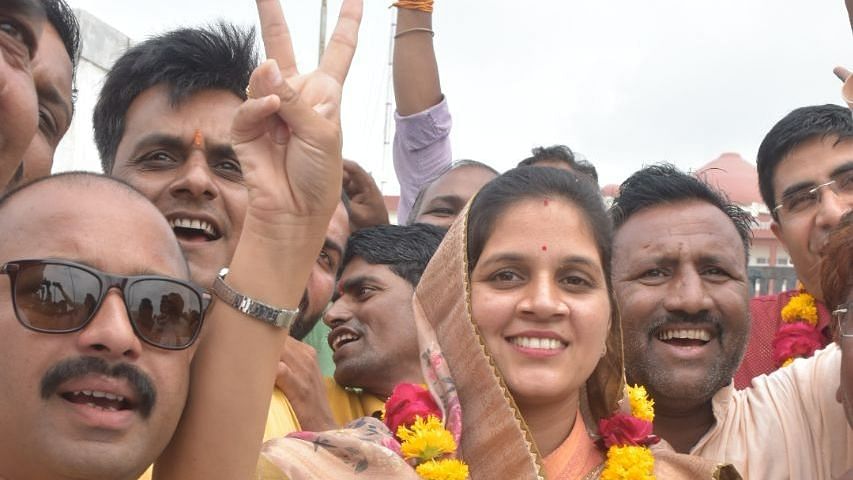