"I am most proud of you, my dear elder brother. The government spent thousands of crores of rupees to destroy your image. Adani ji and Ambani ji bought leaders, bought PSUs, bought the media, but couldn't buy my brother. They can't buy him either. I am proud of him," Priyanka told a gathering at Loni border.

New Delhi: Congress general secretary in-charge of UP affairs Priyanka Gandhi Vadra on Tuesday received her brother Rahul Gandhi heading the Bharat Jodo Yatra at Loni border in Ghaziabad district of Uttar Pradesh, praising him for "not deterring from the path of truth."

After a 9-day winter break, the yatra began from the Kashmiri Gate in Delhi Tuesday morning, with Rahul praying in a Hanuman temple, and left the national capital to be in three districts of Uttar Pradesh for the next two days before entering Haryana once again on January 5.

Priyanka lashed out at the Modi government spending "crores of rupees" to tarnish Rahul Gandhi's image and lauded him for not backing down. She also said the big industrialists like Adani and Ambani had bought "everyone," including leaders, PSUs and the media, but couldn't do so with her brother as he stood firm for the truth. 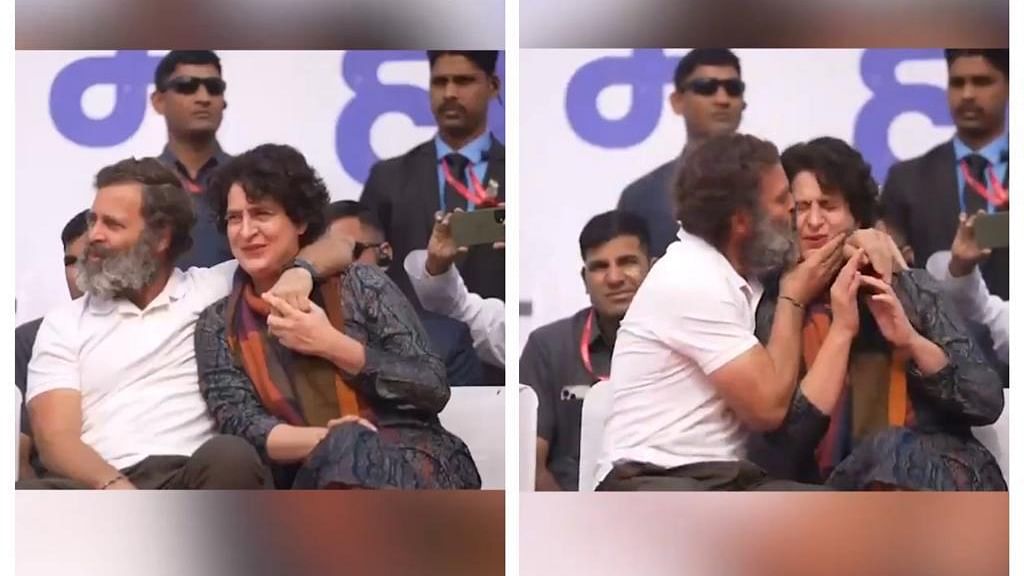 "I am most proud of you, my dear elder brother. The government spent thousands of crores of rupees to destroy your image. Adani ji and Ambani ji bought leaders, bought PSUs, boght the media, but couldn't buy my brother. They can't buy him either. I am proud of him," Priyanka told a gathering at Loni border.

Priyanka said the issues of unemployment and the economy would not improve in the country if the politics of hatred and division continue. “If they are able to divide you, they will be able to distract you, and you will not be able to focus on the important things,” she said.

God will protect him in biting cold, says Priyanka Gandhi

On being asked how Rahul is braving the biting cold of the winter in just a T-shirt, Priyanka quipped: "God will protect him." It will be chilling cold as the Yatra passes through Punjab and Jammu and Kashmir. She asked those turning up for the yatra to take the message of love, unity and respect to all parts of the country.

She also declared that the Congress won't take rest until it gets women and youth their rights. She said the purpose of the Yatra is to establish a direct communication with the people, who will have to get together to gain strength.

There were crowds in the national capital to turn up for the Bharat Jodo Yatra and that resulted in the traffic jams, but the people did not complain as they felt they were part of a national movement Rahul is heading. 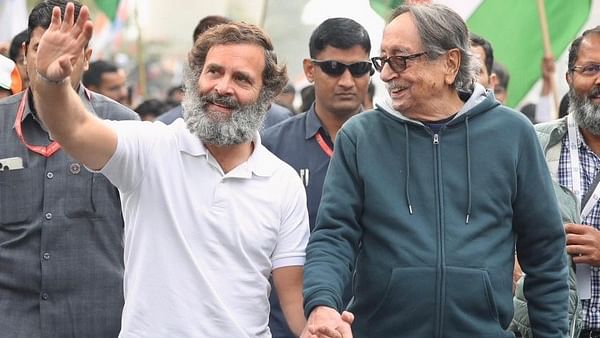