The BJP coalition was leading in about 250 of the 403 seats, news channels reported citing counting data, while the Election Commission said the party was ahead in enough seats to hold onto power.

In the results of the Uttar Pradesh assembly elections 2022 so far, it is clear from the margin of victory in the seats that BJP is going to form the government again in the state. After the announcement of the election results, Mulayam Singh's younger daughter-in-law and BJP leader Aparna Yadav, who joined the BJP, expressed happiness over the victory of the BJP in the state and said, "Hindu-Muslim-Sikh-Isai Sabke Sab Hein Bhaajpayee."

Aparna Yadav said that this is an answer to all those who divided (the state) on the basis of appeasement politics, caste. "We are forming govt with 'Jai Shree Ram' on March 10...; can't get a better government than this," ANI quoted saying Arpana Yadav.

The BJP coalition was leading in about 250 of the 403 seats, news channels reported citing counting data, while the Election Commission said the party was ahead in enough seats to hold onto power.

Meanwhile, Chief Minister Yogi Adityanath, who won from Gorakhpur by over one lakh votes, is expected to give his winning speech at around 5 pm at BJP head office in Lucknow as trends establish an authoritative lead for the Bharatiya Janata Party, govt sources said. Samajwadi Party, which has improved its tally, is expected to settle with less than 140 seats. Both Bahujan Samaj Party and Congress, once key players in the state, have been reduced to single digits.

Uttar Pradesh is the most populous state that sends maximum number of members to Parliament. With over 15 crore voters, Uttar Pradesh accounts for 80 of the Lok Sabha’s 543 seats, and a 403-member Assembly, thus making it India’s most politically significant state amid the election results today. 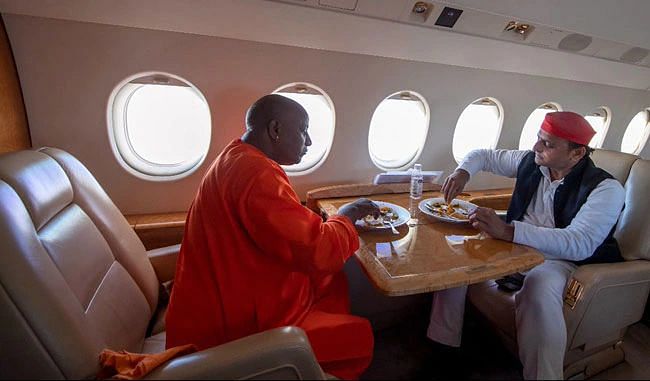