Unchecked use of memes could disturb India’s social fabric 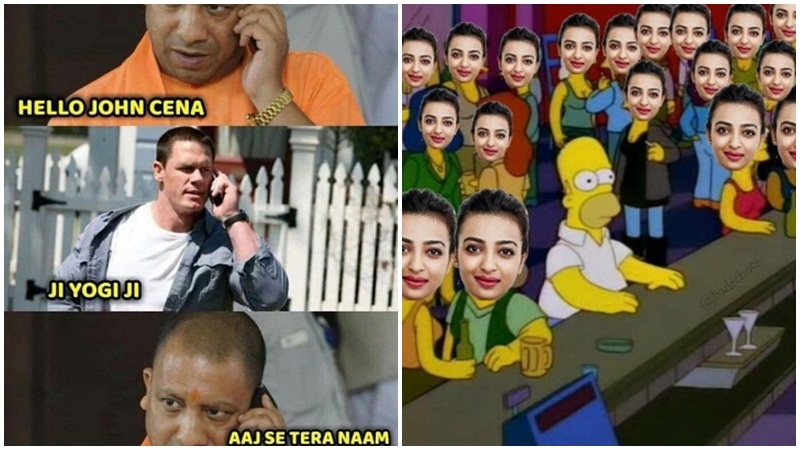 New Delhi: With the number of smartphone users steadily growing and data packs getting dramatically cheaper in India, the “meme culture” on social media platforms seems to be losing its harmless and light humour value. Now, comical or satirical representation of social issues – memes – have emerged as flag-bearers of dark humour and untraceable digital revenge that can spread within fractions of seconds and potentially cause irreversible damage to the targeted people and organisations.

Experts are now warning that unchecked use of memes could disturb the social fabric in India, saying that the “meme culture” in the country seems to have blurred the line between harmless light jocularity and insensitive detrimental mockery.

Shared in massive volumes, it is virtually impossible to determine the number of memes that are created and circulated in one day. Fuelled by digitalisation, memes also help to keep over 250 million social media users in India updated on news on day-to-day happenings.

“With the rise of Generation-Z (the demographic cohort after the millennials), we have seen the birth and evolution of meme culture and since they can be created, shared, consumed and disseminated wittily, they can spread swiftly into popular culture due to the ease in sharing,” Prabhu Ram, Head-Industry Intelligence Group, CyberMedia Research (CMR) told IANS.

However, not everything is funny. From representation of a young beggar-boy addicted to drugs to homophobia, celebrity babies, animals tied to explosives — sadistic dark memes are now sparing none, no cause, no event, whatsoever. Facebook, Instagram, Twitter, along with messaging platform WhatsApp, have emerged as the favourite platforms for bulk circulation of meme-content in the country.

“Memes are influencing us in our social spheres and given that they are ambiguous and need visual interpretation, it is tough to trace, and hold their creators to account,” Ram said. It is observed that to earn profits and maximise engagement on their pages, some creators spread fake or provocative news, harmful content and social negativity via memes.

With the cricket World Cup just months away and India gearing up for its general elections, memes with debatable statements against other countries and political agendas have already started making the rounds in the country. “While for Gen-Z, it is a means to provide a healthy nuanced critique of the times we live in, it also has the potential to spread disharmony in the social fabric, if left unchecked,” Ram added.

Thankfully, recognising the damage that memes are capable of causing, social media platforms have started to enforce strict measures against pages that promote derogatory memes on serious issues like rapes, casteism, sexism, pornography, drugs and politics.

To identify and track notorious users who enjoy creating public upheaval through threads and memes, Twitter is planning to add a feature that will show the origin of a viral content on its platform. Based on pubic reviews, Instagram and Facebook have warned admins or block questionable pages that use supposedly funny memes to promote drugs, self harm or politically incorrect ideas.

This has led admins of controversial meme pages on Facebook as well as on Instagram to increase layers of account-security, requiring people in some cases to first request access to the locked pages before they could view the content.

Given the persuasive power, unending reach and mostly negative agendas associated with a large number of memes, stricter the controls around harmful memes become — without going to the extent of censoring free speech — better it would be for the society.