Ramana said the state of judicial infrastructure in the country even after 75 years of independence is 'disturbing'.

Hyderabad: Former Chief Justice of India NV Ramana on Saturday termed the government the 'biggest litigator' and said half the judiciary's problems would be resolved the day it decided to halt state-sponsored litigation.

Speaking at the Indian School of Business (ISB) Leadership Summit 2022 here, Mr Ramana said the state of judicial infrastructure in the country even after 75 years of independence is 'disturbing' and a nationwide study he had commissioned revealed certain hard truths about its poor state.

"During the chief ministers’ and chief justices’ conference last April, I had the occasion to highlight my understanding of these problems. As I said in the presence of the Prime Minister, one of the major concerns is that the government is the biggest litigator," he said. 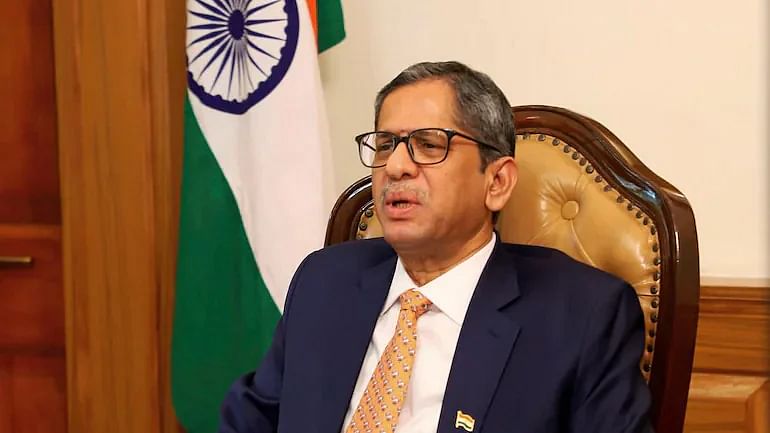 "The number of inter-departmental disputes, service matters and those relating to inaction of authorities clogging the system is appalling. Half of the judiciary's problem will be solved the moment the government decides to put a halt to state-sponsored litigation," Mr Ramana said.

Contrary to public belief, the independence of the judiciary is limited to adjudication and the judiciary does not have the power when it comes to finances and appointments. Coordinating with the government is always like walking a tightrope, he said.

Justice Ramana, who spoke about the responsibility of young business school graduates, said that while trying to maximise profits, a line must be drawn and exploitation of all forms must be shunned. Therefore, a basic understanding of the Constitution is essential for all, including business students, he said.

Expressing concern over growing economic disparities, he said accumulation of wealth in a few hands is a sure-shot formula for friction in society. Poverty alleviation and equitable income distribution are the need of the hour, he said.