Supriya Sule bats for media in parliament, raises issue of difficult conditions in which reporters work 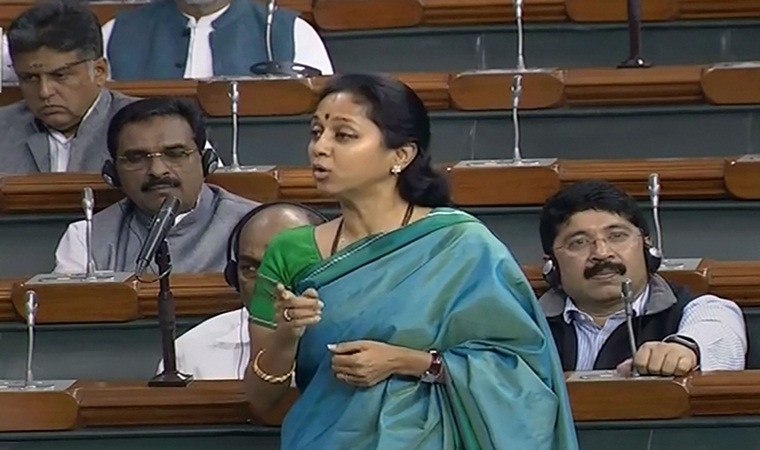 On Tuesday, Lok Sabha MP and NCP leader Supriya Sule raised issue of difficult conditions in which the reporters, cameramen have to work while covering the news in Lok Sabha.

Sule during Zero Hour in Lok Sabha said, "when we were travelling, carmeramen followed us we don't have a problem with that, but their safety is a big concern. So if any accident takes place or anything happens to that person who will be responsible for that. Most of the reporters and cameramen are on field 24x7, but nobody have thought about their safety and security. So urge that will all should think together and bring something like social security scheme or insurance for these reporters, cameramen."

During the Zero Hour in the Parliament, I spoke about the difficult conditions in which the Reporters,Cameramen and their team have to work while covering the News.

On Tuesday, NCP MP Supriya Sule said she was humbled by Prime Minister Narendra Modi's suggestion that she should be part of the Union Cabinet and it shows his "magnanimity", but she asserted that it cannot happen.

"I was not in the conversation (between NCP President Sharad Pawar and Modi). I thank the Prime Minister from the bottom of my heart to show such faith and confidence in me. I am totally humbled by what he has said. But Mr. Pawar has categorically, very humbly told the Prime Minister that it is not possible," Sule told PTI.

She further said that the Prime Minister's suggestion to make her a Union minister shows his "magnanimity". But this could not happen, Sule said. Her remarks came after NCP President Sharad Pawar, in an interview to ABP-Majha, dismissed reports that the Modi government offered to make him India's President. "But there was an offer to make Supriya (Sule) a minister in the Modi-led cabinet," Pawar said.