The Supreme Court on Monday ordered the release of Leichombam Erendro, a Manipur-based political activist arrested for sedition in May over some Facebook posts. A bench headed by Justice DY Chandrachud, while saying that his continued detention violates his fundamental right to life and liberty, said he cannot be put in jail for even a night and he must be set free by 5 pm today.

The order came on a plea by Erendro's father and will be executed on a personal bond of ₹ 1,000. The bench listed the matter for Tuesday after Solicitor General Tushar Meha said that he was not contesting the plea but would file a response.

The top court directed that the order be immediately communicated to the Manipur jail authorities to enable his release by 5 PM on Monday itself.

The 37-year-old activist, along with journalist Kishorechandra Wangkhem, was arrested under the stringent National Security Act for posting a comment over the death of Saikhom Tikendra Singh, the then state BJP President. "Cow dung and cow urine don't work," their posts had said.

At the outset, advocate Shadan Farasat, appearing for L Raghumani Singh, father of political activist Leichombam Erendro, said that preventive detention clause has been used in a case where not even simple penal provisions are required.

He said the activist has only criticised BJP leaders purportedly advocating cow dung and cow urine as cures for COVID-19.

The plea has challenged the preventive detention of the political activist under the National Security Act (NSA), alleging that it has been done "solely to punish him" for his criticism of BJP leaders purportedly advocating cow dung and cow urine as cures for COVID-19.

The petition, filed through Farasat, alleged that for this criticism Erendro has spent some days in custody pursuant to criminal cases initiated against him and thereafter in preventive detention after grant of bail.

"The present case is a shocking instance of misuse of preventive detention law to stifle completely innocuous speech that is fully constitutionally protected and was made in public interest - Erendro, a Manipuri political activist, has been preventively detained solely to punish him for his criticism of Bharatiya Janata Party (BJP) leaders for advocating cow dung and cow urine as cures for COVID-19," the plea alleged.

It has sought quashing of May 17 detention order and the grounds of detention issued by District Magistrate, Imphal West District.

The plea has also sought direction to the concerned authorities to set Erendro, who is the co-convenor of political outfit Peoples' Resurgence and Justice Alliance, at liberty forthwith.

The plea has claimed that his detention is in violation of the apex court's April 30 order and a separate contempt petition has also been filed in the top court.

On April 30, the apex court, while hearing the suo motu case on distribution of essential supplies and services during the pandemic, had warned authorities -- from the Centre down to the police chiefs -- against silencing people and their pleas for help on the presumption that they are raising false grievances on the internet.

The top court had made clear that any attempt to clampdown on free flow of information on social media including the call for help from people would be treated as the contempt of court.

Earlier, in June 2020, Erendro was charged with sedition by the state police over another Facebook post that had the photo of Rajya Sabha MP Sanajaoba Leishemba with Union Home Minister Amit Shah. The photo, captioned Minai macha, showed Manipur's titular king bowing with folded hands before the senior BJP leader.

Roughly translated from Meitei, Manipur's native language, Minai macha means "son of a servant". Erendro was later on bail in this case.

The Supreme Court had last week questioned if the sedition law was "still necessary after 75 years of Independence". The law is a serious threat to the functioning of institutions and holds "enormous power" for misuse with no accountability for the executive, the court had said, comparing it to a saw in the hands of an overzealous carpenter.

During the argument, the court said there was "minimal conviction or very low rate of conviction" in the history of the sedition law.

The government's top lawyer, Attorney General KK Venugopal, however, argued that the law should be retained with "guidelines". 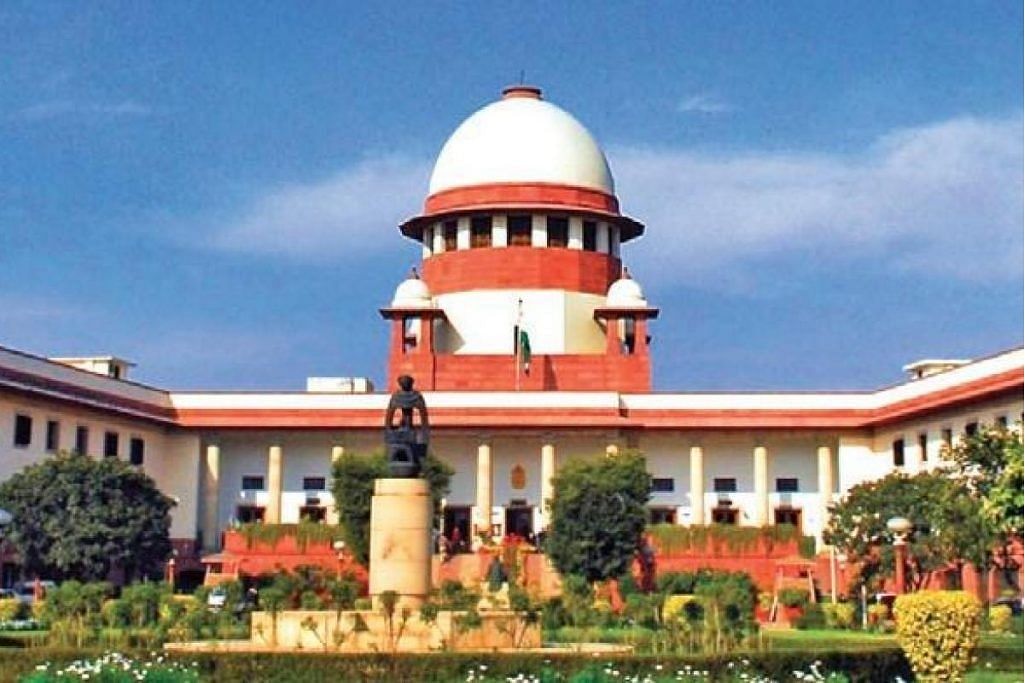