Banerjee also claimed that there were many discrepancies in government recruitment during the erstwhile Left Front regime in the state, details of which she would “reveal soon”

Banerjee also claimed that there were many discrepancies in government recruitment during the erstwhile Left Front regime in the state, details of which she would “reveal soon”.

"The BJP is running a Tughlaqi' regime (referring to 14th-century Muslim ruler of Delhi Muhammad-bin-Tughlaq) in the country and is trying to divide the nation. They are controlling central agencies and using those to settle political scores," she said, while addressing a public meeting here.

Addressing a public meeting at Jhargram, Mamata said, "A lot of things are being said about discrepancies in recruitment. If someone has committed any wrong, then law will take its own course. But, this vilification campaign should stop. During the Left regime, jobs were given by writing down names on pieces of paper. I will reveal the irregularities soon."

West Bengal minister Partha Chatterjee was on Wednesday evening quizzed for over three hours by the CBI in connection with the irregularities in government school appointments, which has snowballed into a major controversy in the state.

Chatterjee appeared before CBI sleuths in the wake of an order by Calcutta High Court, which termed as “public scam” the irregularities made in the recruitment process.

Jhargram Superintendent of Police Arijit Sinha told PTI that eight people have been arrested in connection with the incident and an investigation is underway.

Banerjee also asked Chief Secretary H K Dwivedi to talk to his Jharkhand counterpart and work out a strategy to protect the interstate borders.

Notably, Jhargram borders Jharkhand, and there has been a reported rise in the number of criminals entering Bengal from that state. 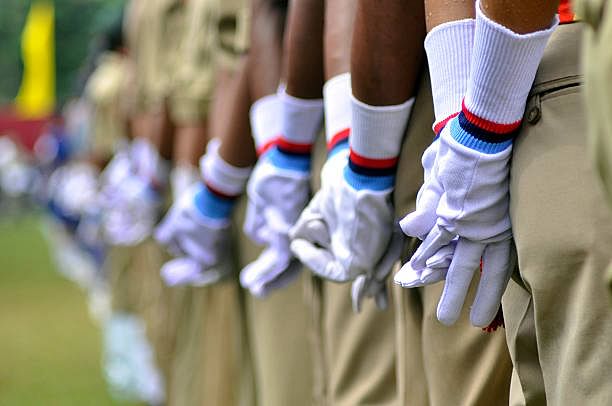