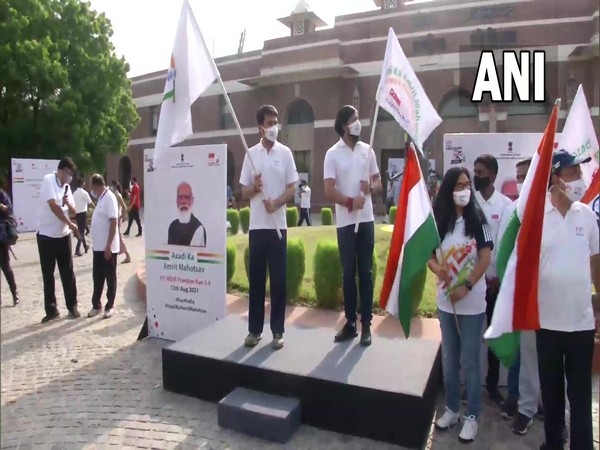 "To celebrate the Azadi ka Amrut Mahotsav, we have launched Fit India Freedom Run 2.0 nationwide. This has been launched at 75 iconic locations today. This campaign will run till October 2. 75 villages from each district of the country will take part in this," Thakur said.

"In the coming days till October 2, people from each district and each village will participate in this movement. Last time, 5 crore people joined us and this time 7.5 crore people will directly join us. I hope this number will go up as the campaign progresses," he added.

Fit India Freedom Runs will be organized in 744 Districts, 75 villages in each of the 744 Districts and 30,000 Educational Institutions across the country. Through this initiative, more than 7.50 Crore youth and citizens will be reached to take part in the run 'Azadi Ka Amrut Mahotsav' is a series of events to be organised by the Government of India to commemorate the 75th Anniversary of India's Independence. In March this year, Prime Minister Narendra Modi inaugurated Azadi ka Amrit Mahotsav from Ahmedabad's Sabarmati Ashram. He said that the launch of the 'Azadi ka Amrit Mahotsav' 75 weeks before 15 August 2022 will continue till August 15, 2023.

Thakur said as the country moves from 75th to 100th year of independence, it all depends on the citizens on where they want to take India in the next 25 years.

"When we move from the 75th to 100th year of our Independence, it depends on all of us to see that in what direction do we want to take the country in those 25 years. It is possible only if we stay fit," he said.

The aim of the movement is to encourage people to take up fitness activities such as running and sports in their daily lives and get freedom from obesity, laziness, stress, anxiety, diseases, etc. 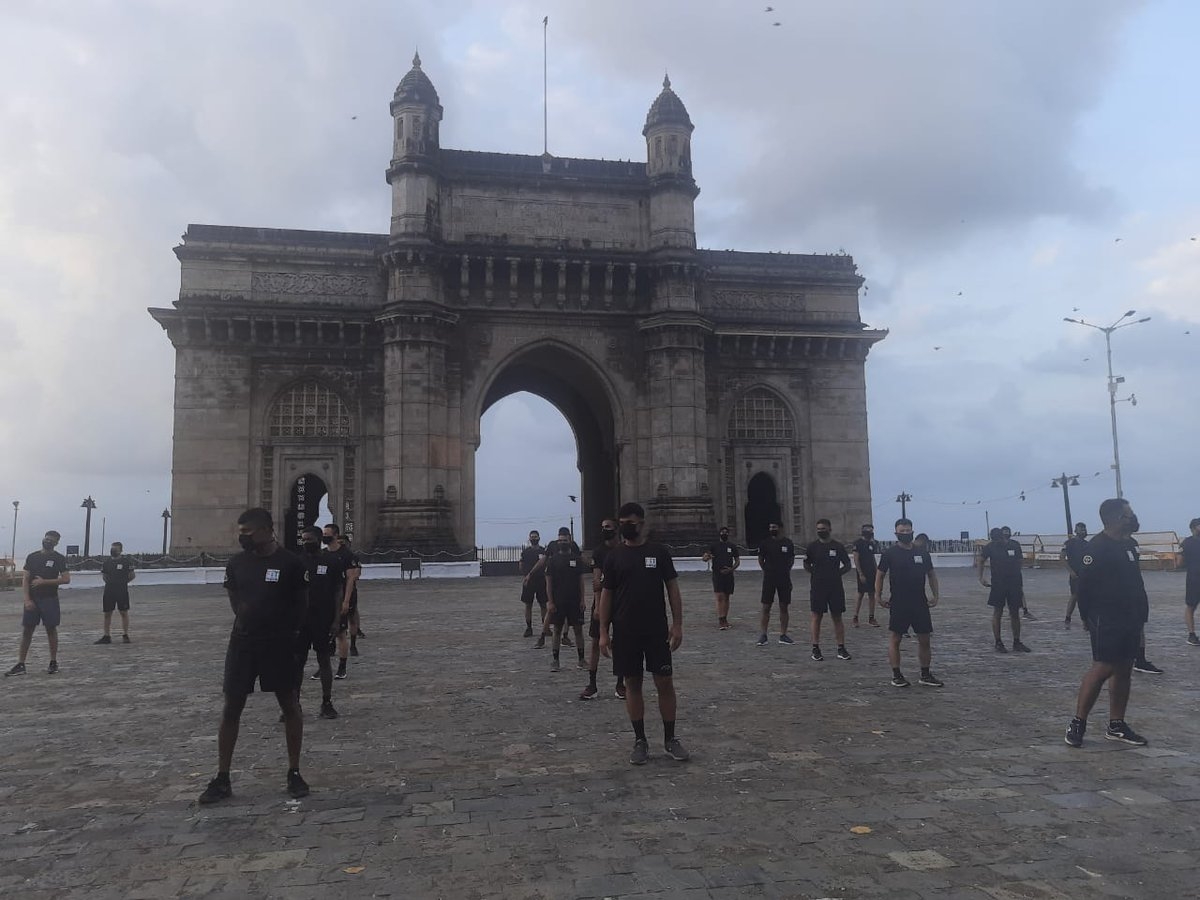 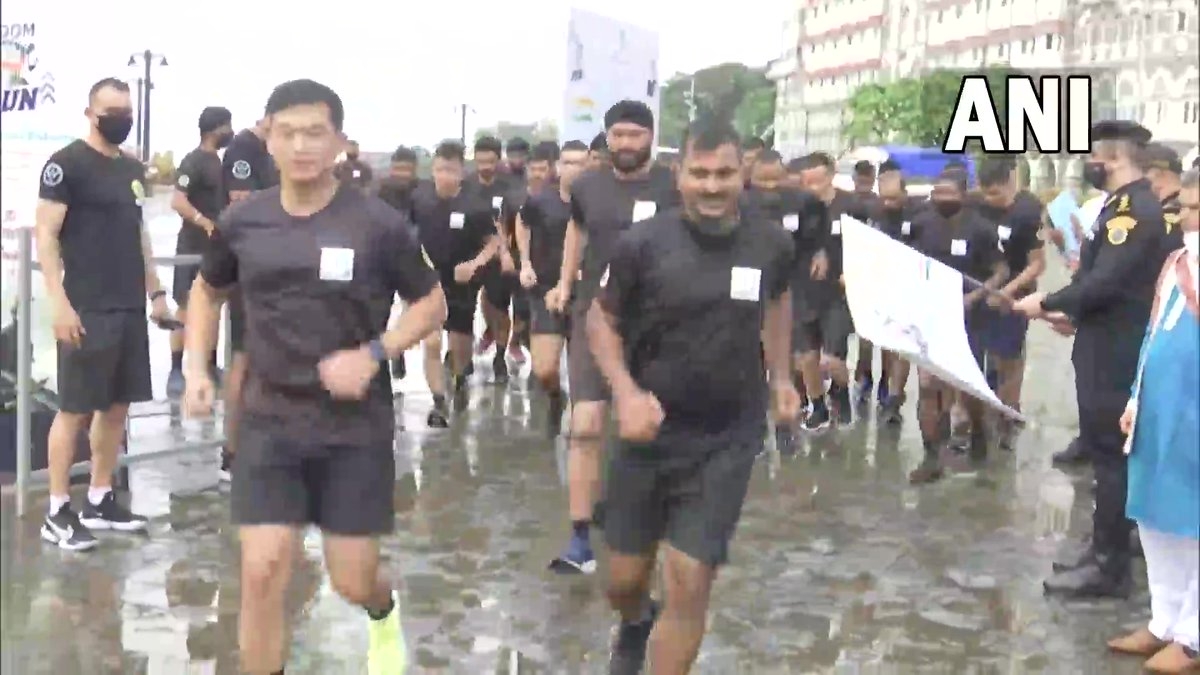 Fit India Freedom Run 2.0 flagged off from Gateway of India in Mumbai. | Twitter/@NewsMobileIndia 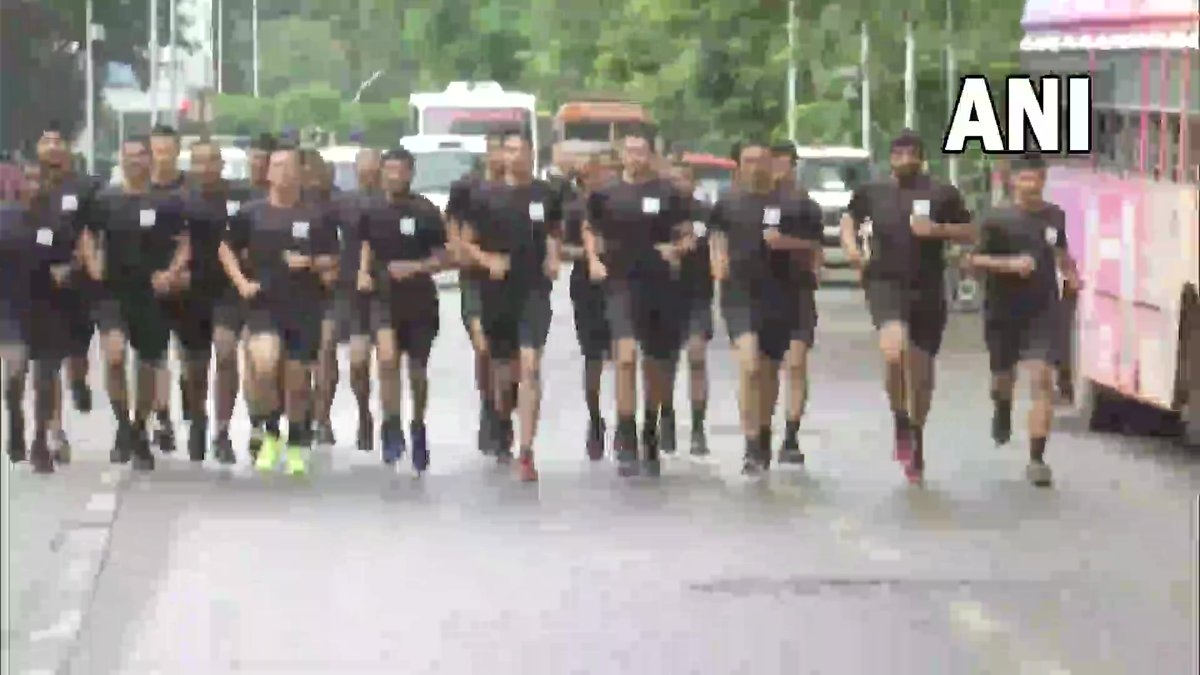 While speaking to ANI, Thakur stressed the importance of having daily physical activity to keep the nation fit and fine.

"Fit India Freedom run 2.0 is a call to celebrate 75 years of Independence. To keep India fit we have involved various stakeholders across the country in 750 locations," Anurag told ANI.

"We will reach out to every household mantra of 'Fitness ki dose 'aadha ghanta roz' to keep Indians fit and to involve in some kind of exercise so that during this activity, we should make it 'jan bhagyadaari se jan andolan'," he added.

The key activities of Fit India Freedom Run 2.0 include pledge, rendering of National Anthem, Freedom Run, cultural functions at venues, awareness among Youth Volunteers to participate and also organize similar Freedom Runs in their villages. People can register and upload their run on Fit India portal https://fitindia.gov.in and promote freedom run on their social media channels with #Run4India and #AzadikaAmritMahotsav.

According to the Ministry of Youth Affairs and Sports, 'Fit India Freedom Run' was conceived last year in the wake of COVID-19 pandemic when social distancing became 'new normal lifestyle, so as to keep the imperative need of fitness active even while following the social distancing norms. The first edition of the campaign was organized from August 15 to October 2, 2020 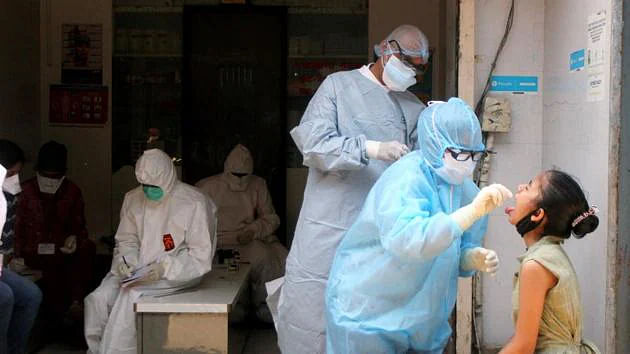