'Statue of Unity' erected in honour of Patel | Twitter

Take a while to recollect the 'Go India' game by Google pay app, where we virtually travelled through the landscapes of our country. In reality, if we can travel freely today across magnificent India, it is because of Sardar Patel.

The ‘Ironman’ of India, Sardar Vallabhbhai Patel was instrumental in India’s independence struggle especially, for the integration of 562 princely states into the Union of India and prevented the Balkanisation of the newly-independent country.

Dating back to days of Independence in 1947, India had finally won over the imperalist British rule the India’s new government found the integration of more than 500 princely states a tough nut to crack. Sardar Vallabhbhai Patel attempted to unite them all similar to what comes in Tagore's poetry '...Where the world has not been broken up into fragments ...' 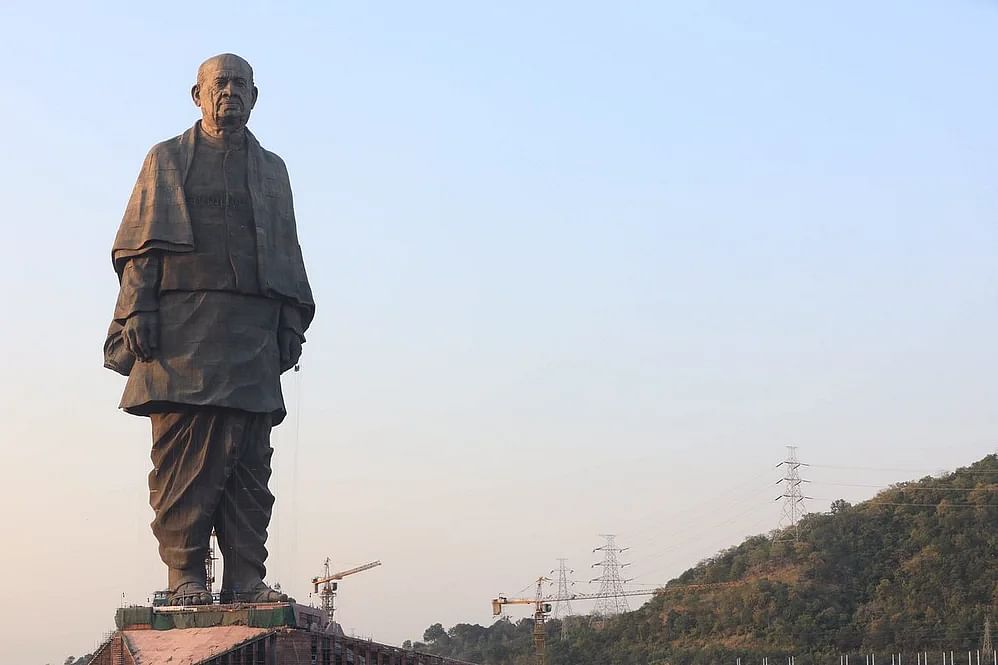 Patel’s tireless efforts brought him success when most of the rulers agreed to the dissolution of their respective states by surrendering their rule. It is estimated that Patel led to ruler's surrender of control over thousands of villages, jagirs, palaces, institutes, cash balances amounting to crores and a railway system of about 12,000 miles to the Indian government without receiving any compensation.

As the calendar dated 15 August 1947, the process of integration of princely states was almost done, with a few simply delaying the on paper formalities - Instrument of Accession — like Piploda, a small state in central India that did not accede to India until March 1948.

The challenging phase was with Jodhpur, which tried to negotiate better deals with Pakistan, with Junagadh, which actually did accede to Pakistan, and with Hyderabad and Kashmir, both of which declared that they intended to remain independent.

Seeing the threat in the border state acceding to Pakistan, Patel immediately met Maharaja Hanvant Singh to strike a promising deal and be part of India. It was in October 1947 that VP Menon flew to Jammu and got the Instrument of Accession signed by the Maharaja over Kashmir. Though some regions saw a plebiscite that was held in December the same year, 99% of Junagadh’s people happened to chose India over Pakistan.

Meanwhile, the ruling clique in Hyderabad (the largest and richest of all princely states) had blatantly refused to join the Indian dominion. Patel acted again. On September 17, 1948, Indian forces marched into Hyderabad under what came to be known as ‘Operation Polo’.

The four-day run armed encounter forced the Nizam to surrender and merge his kingdom with the Indian Union, 13 months after India had become an independent country.

Later, the attempts of the Pakistani Navy to seize Lakshadweep were thwarted when Patel acted with alacrity to send Indian naval ships to defend the island.

Article 1 of the Constitution states that “India, that is, Bharat, shall be a Union of States”. And there is no person who can claim greater credit for the creation of modern India than Sardar Vallabhai Patel.