The Indian Navy veterans while speaking with broadcasting channel News9 confirmed submitting a formal application with the Defence Attaché of Ukraine in New Delhi last week.

Symbol of Ukraine's armed forces international legion |
Follow us on

A growing number of army veterans are preparing to join Ukrainian Forces in their battle against Russian military forces.

India is the latest to answer Ukrainian President Volodymyr Zelenskyy's request after veterans from the UK, US, Canada and Japan signed up to join forces in Ukraine against the Russian invasion.

Days after the invasion and the president's request for volunteers to form an international legion against Russia, in the latest, two Indian Navy veterans have applied to join Ukraine forces.

The Indian Navy veterans while speaking with broadcasting channel News9 confirmed submitting a formal application with the Defence Attaché of Ukraine in New Delhi last week.

While the applications of the two veterans have been accepted along with passport and service details in the Indian Navy, the Ukraine Government is yet to take a final call on their formal joining.

Zelenskyy has in recent days called for an "international legion" of volunteers, and many civilians from other countries.

Ukrainian minister of foreign affairs Dmytro Kuleba had last week shared his sentiment, encouraging volunteers to come to the country to battle Russia, while also highlighting the German occupation during World War II.

"I am an Engineer, submariner with 23 years of experience in Mechanical systems. I hereby volunteer to immediately join in the effort for Territorial Defence of Ukraine," one application reads which has been accessed by News9.

When asked why he was so committed to joining Ukrainian Forces, he said, "80% of our Defence Equipment is from Russia. I've been to Russia four times and served there for almost two years. We love their Vodka. We love the Russians. But what they are doing is not correct."

"It is politically correct to say we don't want to do anything about it. There is no point in lighting candles and holding placards", News9 quoted saying Navy veteran.

According to media reports, Ukraine had first made the call for foreign support on 27 February, as it anticipated the need for manpower to combat the Russian offensive. The reports said Ukraine’s defence ministry had received thousands of entries within a day of launching the initiative last month.

The reports also claimed that Ukraine’s President Volodymyr Zelenskyy was expecting as many as 16,000 foreign volunteers to join in.

According to a Times of India report, Sainikhesh Ravichandran (21) had been rejected twice by the Indian Army because of his height before enrolling for a course at the National Aerospace University in Kharkiv in 2018. As per intelligence reports, he is now a part of the Georgian National Legion paramilitary unit which comprises of volunteers. 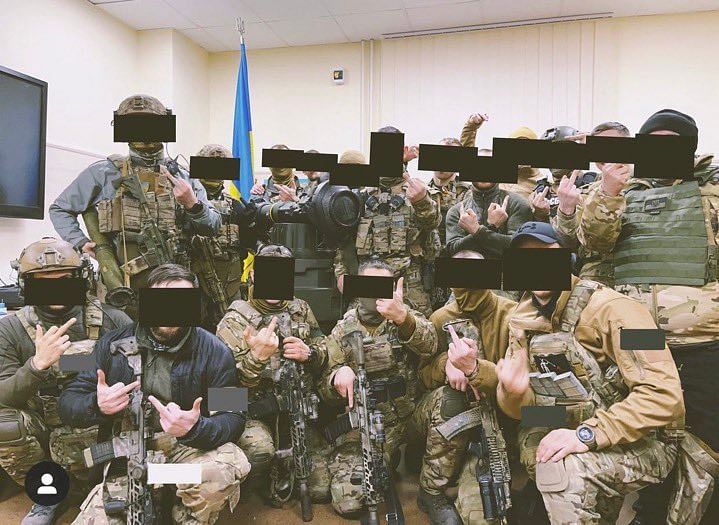