She was one of the leading figures of the Indian Rebellion of 1857 and became a symbol of resistance to the British Raj for Indian nationalists.

Rani Lakshmibai was the queen of the Maratha princely state of Jhansi in North India.

She was one of the leading figures of the Indian Rebellion of 1857 and became a symbol of resistance to the British Raj for Indian nationalists.

Here are some interesting facts about the Rani of Jhansi:

2. Her father was Moropant Tambe and her mother was Bhagirathi Sapre. Her parents came from Maharashtra. Her mother died when she was four years old and her father was the Commander of the war of Kalyanpranth.

3. Her father worked for Peshwa Baji Rao ll of Bithoor district. The Peshwa called her "Chhabili" which means "playful".

4. She was educated at home and became independent at a very young age.

6. Rani Lakshmibai was accustomed to riding on horseback accompanied by escorts between the palace and the temple.

7. Her palace, the Rani Mahal, has now been converted into a museum.

8. The museum houses a collection of archaeological remains of the period between the 9th and 12th centuries AD.

9. According to a tradition, the Queen of Jhansi dressed as a Cavalry leader, was badly wounded and since she didn't want the British to capture her body, she told a hermit to burn it. 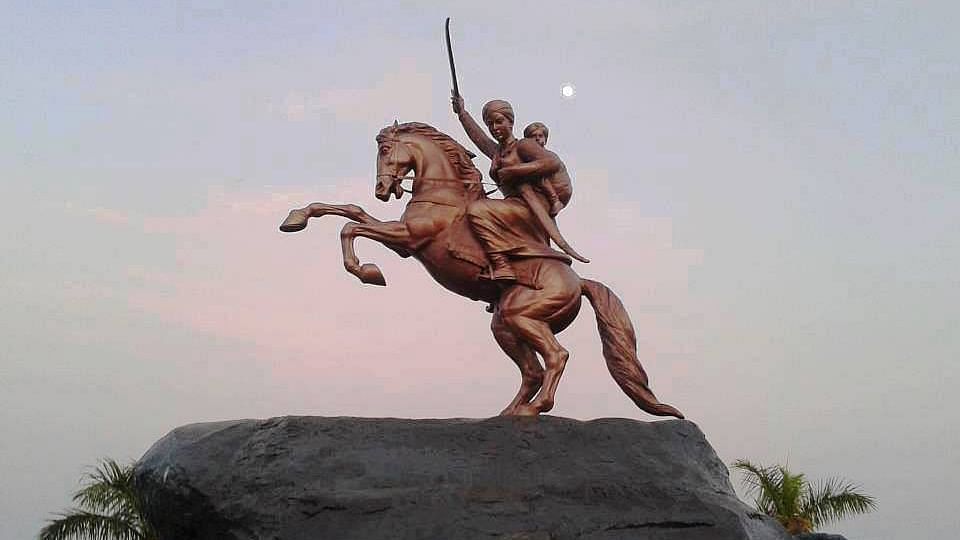