Amid the ongoing controversy surrounding Ayodhya's Ram Mandir trust, Congress leader Randeep Surjewala has sought involvement of Supreme Court in the alleged land scam accusations against the trust of the temple.

Besides he has also demanded that amount received as donations and expenses made by the trust should also be audited under supervision of the apex court.

Priyanka Gandhi Vadra too attacked the people involved in the deal and said in a tweet, "the misuse of contribution is disrespect to crores of devotees' faith."

Shiv Sena MP Sanjay Raut too demanded "clarification" from the Trust and other leaders, saying the construction of the temple is a matter of faith for the saffron party and the common people. "We need to know what is happening. We need to know whether the allegations are true or false," the Sena leader said.

We demand Supreme Court take cognizance of the matter & order SC-monitored probe. Amount received as donations & expenses made by the trust should also be audited under supervision of SC: Congress' Randeep Surjewala on alleged irregularities in land purchase by Ram Temple trust pic.twitter.com/uxUNvWmSmW

In a statement issued around midnight on Sunday, the Trust said, the current sellers had a registered agreement years ago at a price, and after the 'bainama' (sale deed) on March 18, they sold it to the Trust.

AAP MP Sanjay Singh had claimed earlier on Sunday that the stamp papers for the first purchase were bought at 5.11 p.m., and for the second at 5.22 p.m. and, in between, the price of the land had increased manifold. He demanded a probe by the CBI or ED as it concerns religious beliefs of crores of people.

At another press conference in Ayodhya, Samajwadi Party leader and former MLA, Pawan Pandey, also raised similar questions, "A piece of land was bought for Rs 2 crore in which trustees were witnesses. Did the land start giving out gold that it was bought for Rs 18.5 crore, barely a few minutes later." Trustee Anil Mishra is the witness along with Mayor Rishikesh Upadhyay, in the deal. 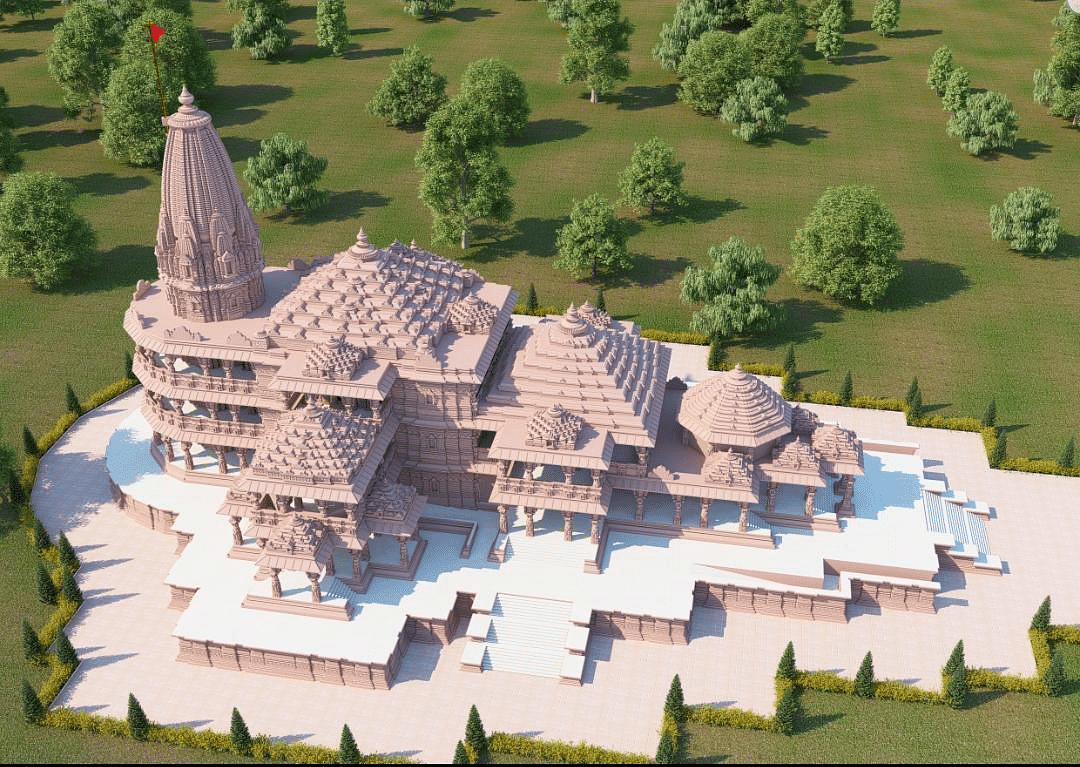