The Dungarpur Tahseeldar had accused the MLA of illegally pressurizing the government officials and employees along with him by making them hostage in the panchayat building.

A case has been registered against 11 people including Youth Congress state president and MLA Ganesh Ghoghra in Dungarpur Rajasthan. The MLA and his supporters had allegedly locked the government officers and employees, including the SDM, in the panchayat building over the allotment of Pattas (land allotment document).

In a new development, the MLA sent his resignation to CM Ashok Gehlot accusing the district administration of suppressing him for raising the voice of the public.

The Dungarpur Tahseeldar had accused the MLA of illegally pressurizing the government officials and employees along with him by making them hostage in the panchayat building.

Dungarpur Tahseeldar Sanjay Sarpota told in the report given in the Sadar police station that on Tuesday, a follow-up camp was going on in Surpur Panchayat under the ‘Prashasan Ganvon Ke Sang’ campaign. During this, more than 50 people including MLA Ganesh Ghoghra came there and pressurized officials to give Pattas to people illegally.

For refusing to do so, the people accompanying the MLA locked all the government officers and employees, including the SDM, in the panchayat building. In this way, the MLA and its supporters also obstructed the government process.

The Sadar police station has registered a case and handed over the case to CID.

MLA Ghoghra said that a large number of people had applied for Pattas and they had come here with hope but government officials made them wait for the whole day and later denied to allot the Pattas.

Looking at this the villagers got annoyed and locked the officials. He sent his resignation to CM Ashok Gehlot and said that officers are dominating the system. He warned the administration that whether he remained MLA or not, he would always raise voice for the people.

It is to mention here that before this, Congress MLA Girraj Singh Malinga was booked for allegedly thrashing an assistant engineer of Discom. Malinga had surrendered two days before the Chintan Shivir of Congress in Udaipur and got bail on Tuesday. 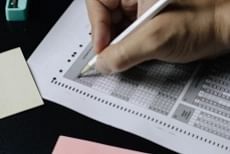