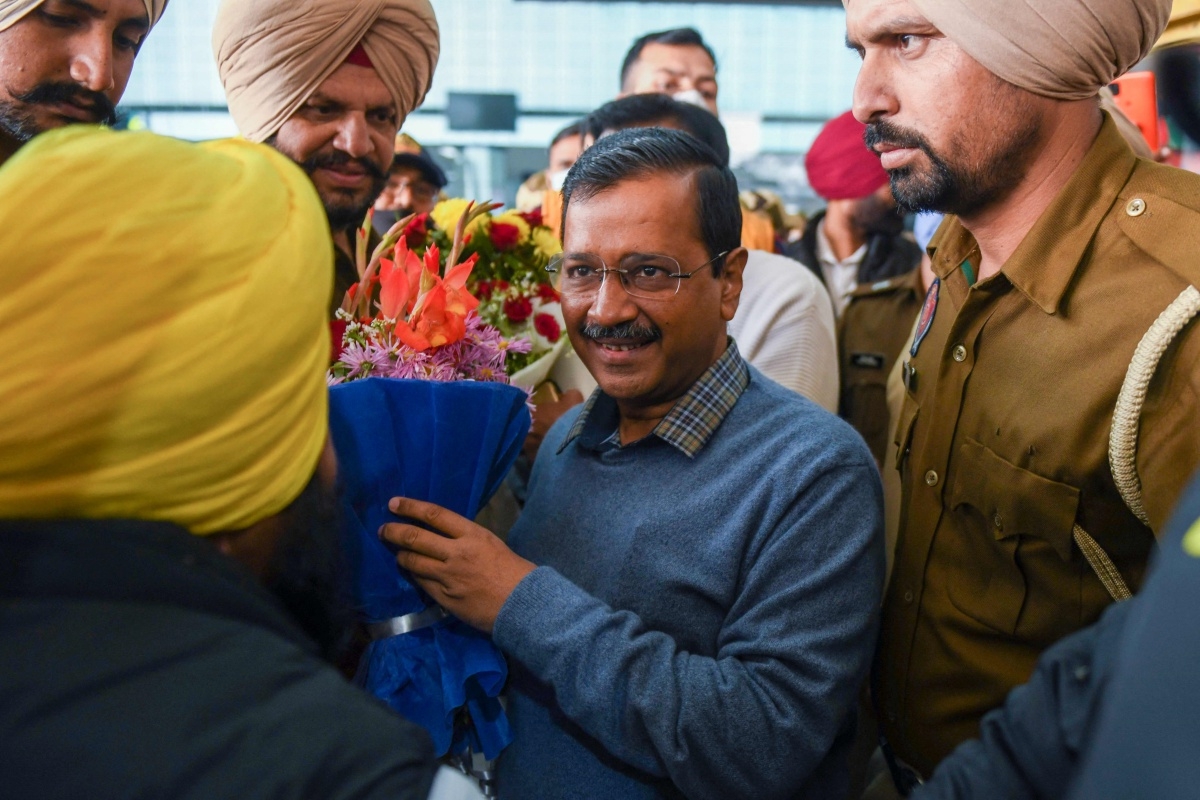 Aam Aadmi Party (AAP) chief Arvind Kejriwal on Wednesday promised an international airport and the country's biggest sports university in Jalandhar if his party comes to power in the state.

Kejriwal, who is on a two-day visit to Punjab, said Jalandhar is well-known for its sports industry and that several popular sports persons, especially cricketers and hockey players, use products manufactured here.

"When the AAP forms government (in Punjab), the country's biggest sports university will be set up in Jalandhar," he said during the party's Tiranga Yatra.

Speaking about the international airport in Jalandhar, Kejriwal pointed out it has been a long-pending demand of people in the Doaba region, that lies between the rivers Beas and Sutlej.

He praised the farmers for their "victory" against the Centre's three farm laws.

"Like the farmers' agitation has won, we all have to win this battle for Punjab's progress and form the AAP government (in Punjab)," he told the gathering.

Kejriwal said only his party was working for schools and education.

"It was Dr B R Ambedkar's dream that every child should get good education," Kejriwal said, adding it has not been fulfilled "even after 70 years".

"We will fulfill Baba Saheb's dream," he said.

Punjab will go to polls early next year.