Legislation for Sabarimala, laptops for students, law against love jihad, and more 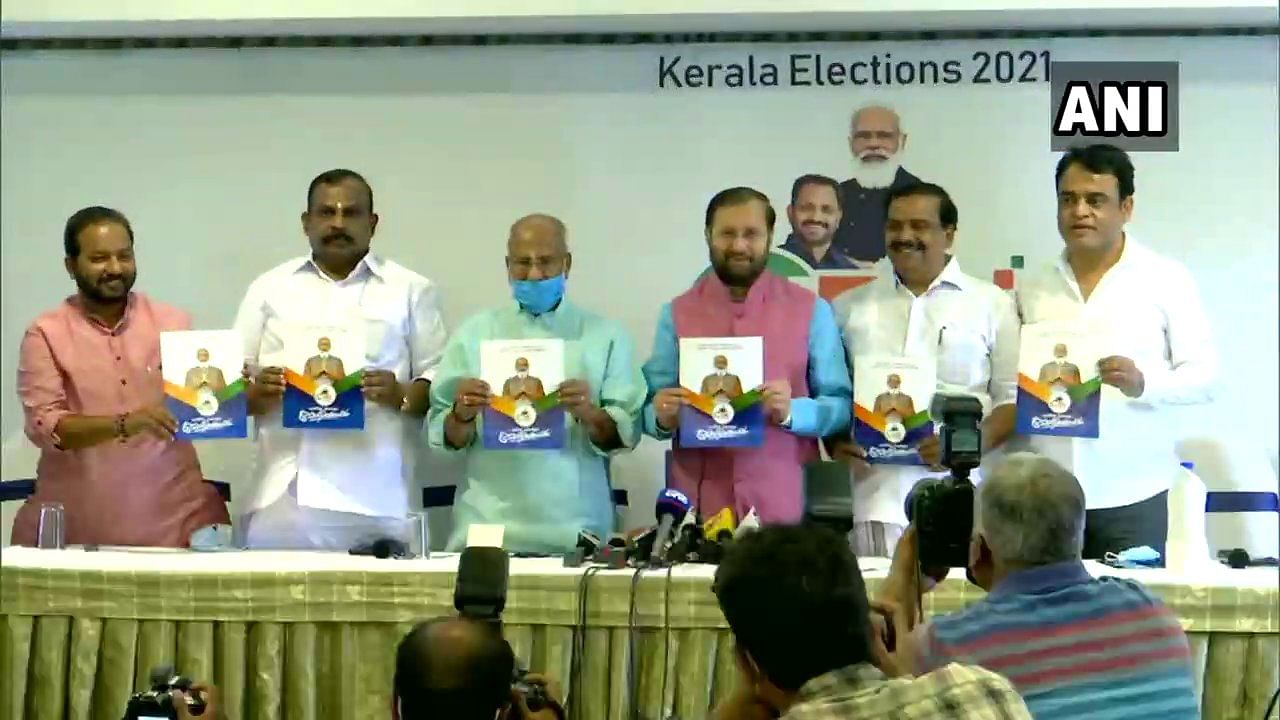 Thiruvananthapuram: Union Minister for Information and Broadcasting Prakash Javadekar on Wednesday released the election manifesto for the Bharatiya Janta Party for the upcoming Kerala Assembly elections, which promises new legislation for Sabrimala, at least one job for every family, six gas cylinders for BPL families and free laptops for high school students.

The manifesto promises housing, drinking water and power for all, legislation to put an end to Love Jihad, minimum wages in all sectors, ex-gratia of Rs 5,000 per month to a family if the sole breadwinner becomes ill and unable to work.

The landless among the scheduled caste and scheduled tribe families will be given free titles. It also commits itself to moving legislations to secure Sabarimala for the faithful and to stop 'Love Jihad.'and a ban on forcible religious conversions.

Other highlights of the manifesto include Social welfare pension to be raised to Rs 3500, a strict ban on the 'Nokkukooli' and 'Attimari Kooli ' (unhealthy trade union practices in Kerala). It promises eligibility test for prior to the main PSC examination to be stopped and KIFB to be restructured in line with Constitutional provisions and be subjected to CAG audit.

Javadekar termed the manifesto as "dynamic, progressive and development-oriented." "Our manifesto focuses on Kerala's holistic development with provisions for jobs, terror and hunger-free state, law on Sabarimala, and 'love jihad'," he said.

The union minister said that the rift between CPM and Congress in Kerala is "a drama." "'Bengal mei dosti, Kerala mei kushti' is hypocrisy," Javadekar said.

Earlier in the day union home minister Amit Shah on his campaign trail for the forthcoming assembly poll also hit out at the LDF and UDF governments and said that they have made Kerala a hub of corruption.

"LDF and UDF governments have made Kerala a hub of corruption. When UDF comes to power, there is a solar light scam and during LDF's tenure, there are donor and gold scams," Shah said.

The election for 140-member Kerala Assembly in 14 districts will be held in a single phase on April 6. The counting of votes will be held on May 2.