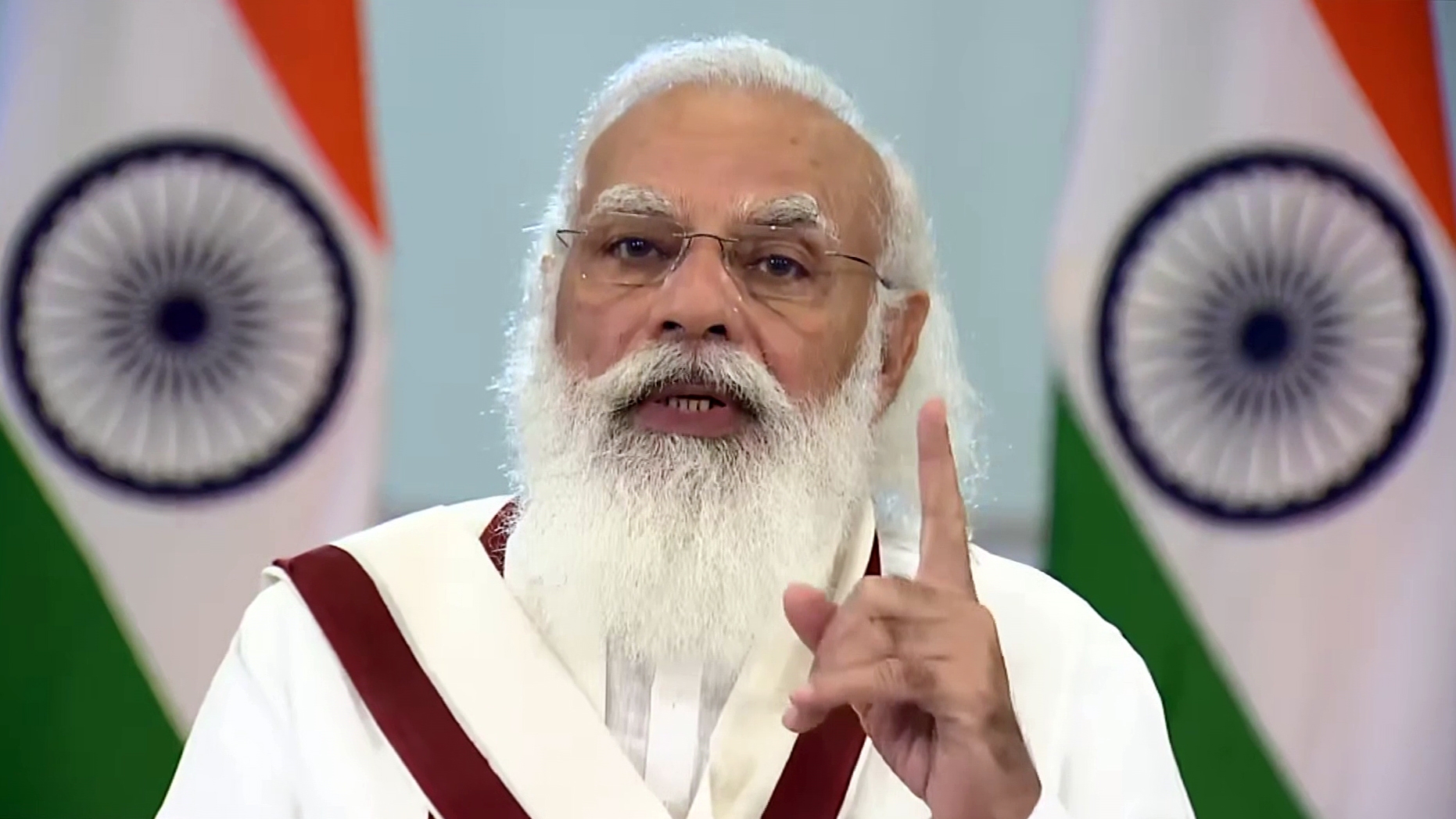 Prime Minister Narendra Modi has asked the voters to name the top three BJP leaders in five states due for the Assembly elections next year -- Uttar Pradesh, Uttarakhand, Goa, Gujarat and Punjab -- in a survey launched on his official Narendra Modi App (NaMoApp) that he alone can access. The idea is to choose one from the three leaders getting the highest votes as the chief minister on the party winning the elections, a top BJP source said.

The exercise will render ineffective the present practice of the MLAs of the party winning the election selecting the chief minister, as people will select one as done in many countries having the presidential system of elections.

The app also conducts a survey in the five states, urging the voters to share their opinion on a host of questions clubbed under five heads that show that Modi thinks the people will vote uppermost on how the BJP governments in four of the five states handled the Covid-19 pandemic.

The first question asks: Which of the following issues will be important considerations while voting in the next Assembly elections in your state? The options are: Govt's handling of Covid-19, education, law & order situation, employment, cleanliness, price rise, corruption, farmer welfare, Article 370, construction of Ram Temple, Triple Talaq, electricity and roads and infrastructure.

The second question is: Which of these is a bigger factor for you while voting -- PM Modi's leadership in the country, state level issues, local issues?

Third question is: How do you rate the overall performance of your state government -- Very poor or poor, good or very good, excellent? The same yardsticks of very poor to excellent are asked on the affordable healthcare, creation of employment, rural electrification, farmer prosperity, corruption-free governance, Swachchh Bharat, law & order, urban development and economy.

The next question is: Which scheme or initiative of the state government has benefitted you the most? One is allowed to write own answer instead of selection one of the options.

The fifth question: Do you agree or disagree with the following statements? Same government at the Centre and state helps in development, work culture of your state government has improved in the last four years, and you feel more optimistic about the future of the state than earlier.

The sixth question: Do you think opposition unity will have an impact in your constituency?

The seventh question is to rate on a scale of very dissatisfied to very satisfied on how satisfied are you with the condition of the following amenities and public services in your constituency? Roads, power, drinking water, healthcare, education, ration-related issues, law & order, cleanliness.
The next question is about the MLA and his/her initiatives, is she/he accessible, satisfied with his/her work, is she/he popular in your constituency, and whether you would like this MLA get re-elected.
Yet another question is on caste, religion and development record of a candidate. Next is how satisfied are you with the vaccination coverage in the state?

Here comes at the 14th place to name the three most popular BJP leaders in the state. Other questions are: Have you ever donated to the BJP? Will you be asking friends and family to vote for the BJP? And, will you be interested in volunteering for the BJP?