It was immediately not clear if Jana Sena will contest the polls in alliance with Bharatiya Janata Party (BJP).
IANS 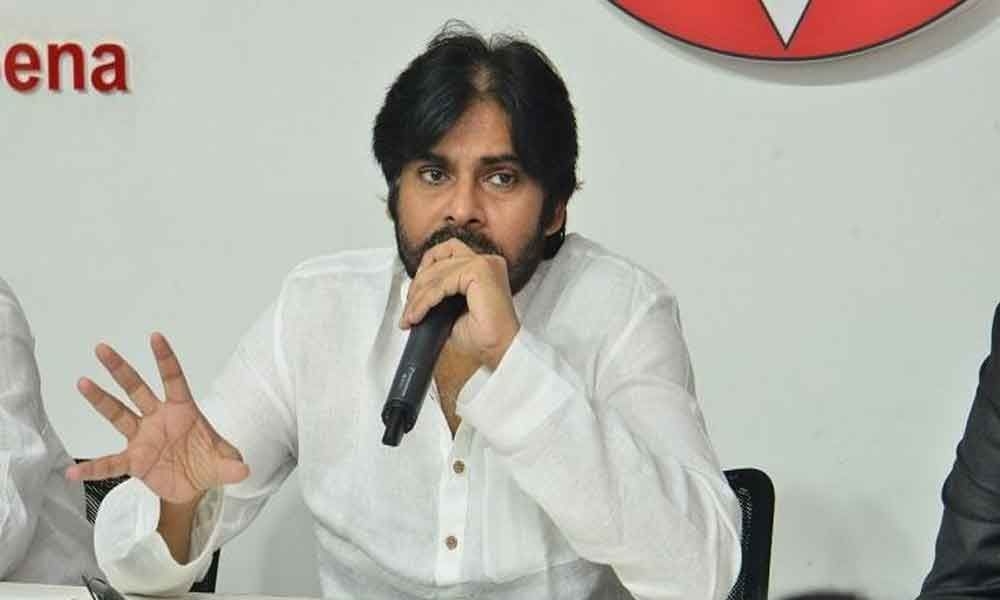 Pawan, who has long been focusing on politics in Andhra Pradesh, stated that in response to the requests from party's active and young workers, he has asked party leaders and the city committee to be ready for the polls.

The actor-politician said some workers and committee leaders discussed the issue with him. Leaders of the party in GHMC divisions have already been raising people's issues.

Earlier, Jana Sena's Telangana incharge Nemuri Shanker Goud held a meeting with party leaders in Hyderabad. He said the party was working to strengthen itself at grass root level in Hyderabad.

He said after a two-day visit to Andhra Pradesh, Pawan Kalyan will focus on GHMC polls.

It was immediately not clear if Jana Sena will contest the polls in alliance with Bharatiya Janata Party (BJP).

Jana Sena had announced alliance with the BJP in January this year, seven months after they, contesting separately, suffered a humiliating defeat in the Andhra Pradesh Assembly polls. Pawan Kalyan's party had won a single seat in the 175-member Assembly while the BJP had drawn a blank.