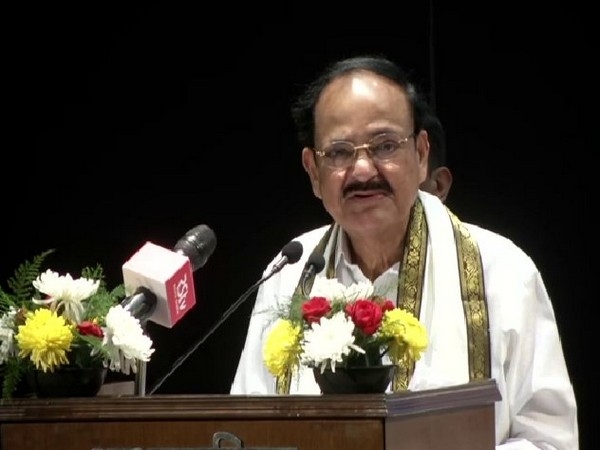 New Delhi: A Parliamentary Committee led by Jairam Ramesh met Rajya Sabha Chairman M Venkaiah Naidu on Tuesday and through him urged the government to expand and upgrade the cancer treatment infrastructure in the nation by expanding the network of Mumbai Tata Memorial Centre (TMC). The Parliamentary Committee expressed concern over the high 68 per cent mortality rate among cancer patients.

"TMC, the leader in cancer treatment is supported by the Department of Atomic Energy.Stating that the Committee was perturbed over the rising number of cancer patients in the country, it recommended wider adoption of 'Hub and Spoke' model proposed by Tata Memorial Centre (TMC) across the country. TMC has proposed that common and less complex cancer care facilities should be provided close to patients' homes (spoke) to create minimum disruption in their lives and that of their families," according to a press release. The Department Related Standing Committee (DRSC) on Science and Technology, Environment, Forest and Climate Change submitted its report titled, "An expanded role for the Department of Atomic Energy in Cancer Treatment in India through an Enlarged Network of the Tata Memorial Centre".

The committee recommended setting up of a high-level steering committee headed by the Minister of State (MoS) for Atomic Energy, the chief secretaries of all the state and Director of TMC to work out modalities for rolling out the 'Hub and Spoke Model' in a time-bound manner.The Committee noted with concern the very high incidence of cancer in all North- Eastern States and recommended that Dr B Barooah Cancer Institute at Guwahati should be upgraded as a common hub for the region.

Vice-President and Rajya Sabha Deputy Chairman Venkaiah Naidu complimented the committee for being the first to submit a report after the re-constitution of DRSCs in September this year and also for examining and reporting on an important health-care issue. Mumbai: Tata Memorial Centre is recruiting candidates for technician, scientific assistant and other...