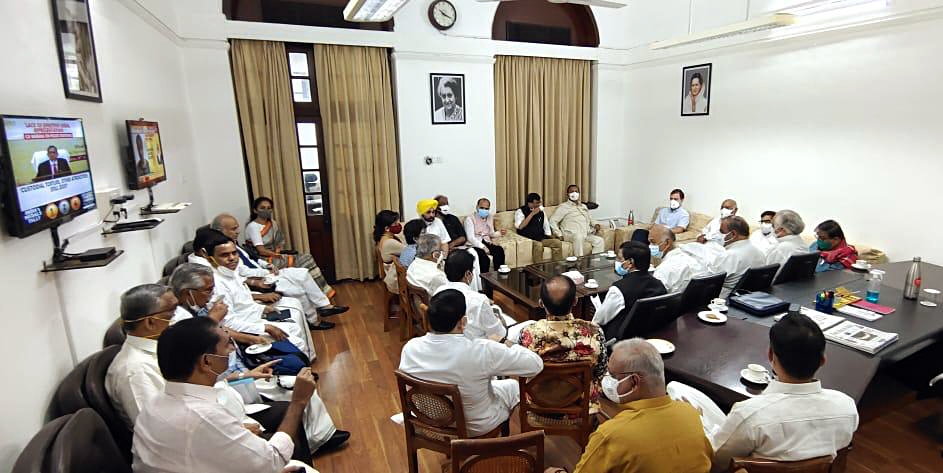 New Delhi: A meeting of the floor leaders of Opposition parties in Rajya Sabha and Lok Sabha is scheduled to be held on Wednesday, however, the government sources said that as all bills are through, it is expected that the Monsoon session will be adjourned sine die today.

The meeting will be held at the Chamber of Leader of Opposition of Rajya Sabha at 10 am today.

Earlier on Tuesday, the Lok Sabha passed the 127th Constitution amendment bill to restore the state's power to make their own other backward classes (OBC) list after the participation of all political parties in the debate for the first time during this monsoon session.

"Almost all of our bills are through and the rest will be cleared in Rajya Sabha tomorrow as well. We will see how business goes. We expect the opposition to remain adamant about stalling the parliament. We may wrap up the work and the parliament may be adjourned sine die on Wednesday," added a source.

The sources stated that the government is mulling adjournment as there is no point in running the House when business is sought to be disrupted and the opposition is not letting others debate or discussion on issues of public importance. "Also, a lot of money is going down the drain," said the source.

"However, the dominant feeling is that the House is going to be adjourned. The final decision will depend upon the work undertaken on Wednesday," added the source.